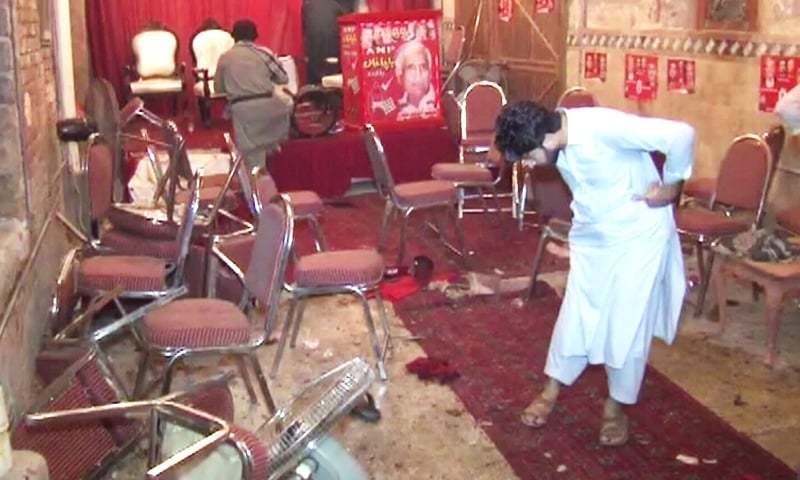 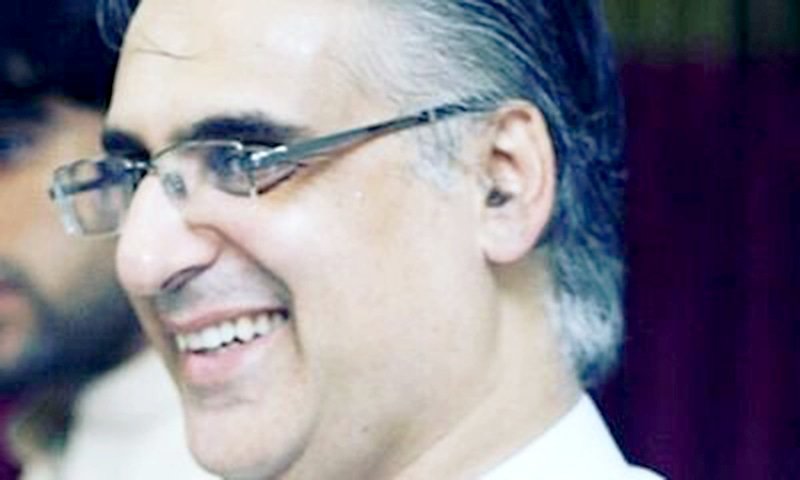 At least 12 persons including Awami National Party (ANP) leader Haroon Bilour were killed in a suspected suicide blast which targeted an election gathering of ANP in Yakatoot area of Peshawar on Tuesday night, a senior police official said.

Peshawar Capital City Police Officer (CCPO) Qazi Jameel said that more than 30 people were injured in the explosion, who have been shifted to Lady Reading Hospital.

The blast took place when Haroon Bilour, who was contesting elections from PK-78 constituency, arrived at the site where the ANP workers had gathered for a corner meeting. Bilour suffered serious injuries and was shifted to the hospital where he succumbed to his wounds.

The police officer did not confirm the nature of the blast, however, a local ANP leader while talking to DawnNewsTV said that a suicide bomber blew himself when Bilour entered the compound where the meeting was being held.

“According to our initial investigation, it was a suicide attack and Haroon Bilour… was the target,” said AIG Shafqat Malik.

The body of Haroon Bilour was later shifted to Bilour House where ANP workers gathered in great numbers to pay respect to their deceased leader. ANP leader Iftikhar Hussain said the funeral prayers of Haroon Bilour will be offered on Wednesday at 5pm at Wazir Bagh in Peshawar.

Haroon Bilour was the son of senior ANPleader Bashir Ahmed Bilour who was killed when a Pakistani Taliban bomber blew himself up in a party meeting in Peshawar in 2012.

The following year in 2013, the Tehreek-i-Taliban Pakistan (TTP) had claimed responsibility for an attack at an ANP rally in Peshawar, in which 15 people were killed. The TTP spokesperson at the time, Ehsanullah Ehsan, had told journalists that Haroon was the target, but “unfortunately Ghulam Ahmed Bilour got injured”.

The ANP, which governed the Khyber Pakhtunkhwa province from 2008 to 2013, has been a continual target of militant groups operating in the northwest. The militants killed hundreds of ANP leaders and supporters in attacks around the 2013 election.

Earlier this month, seven people including a candidate of the Muttahida Majlis-i-Amal were injured in an explosion during an election rally near Takhtikhel canal.

The Taliban have time and again threatened to target secular parties for what they call supporting the military action in tribal areas and the “war on terror”.

Although there has been no immediate claim of responsibility for the attack, the city of Peshawar has for decades been a victim of militancy due to its status as a frontline for the ongoing war against terrorism as well as its proximity to the restless tribal areas and the Pak-Afghan border.

Politicians under threat from terrorists

The Natio­nal Counter Terrorism Authority (Nacta) on Monday had revealed the names of six personalities,  including Imran Khan and Hafiz Saeed’s son, who could be targeted by terrorists during the ongoing election campaign.

He said Nacta had forwarded 12 threat alerts to the federal interior and provincial home ministries as well as law enforcement agencies.