Pakistan: Army Not Siding with Any Political Party, Says ISPR 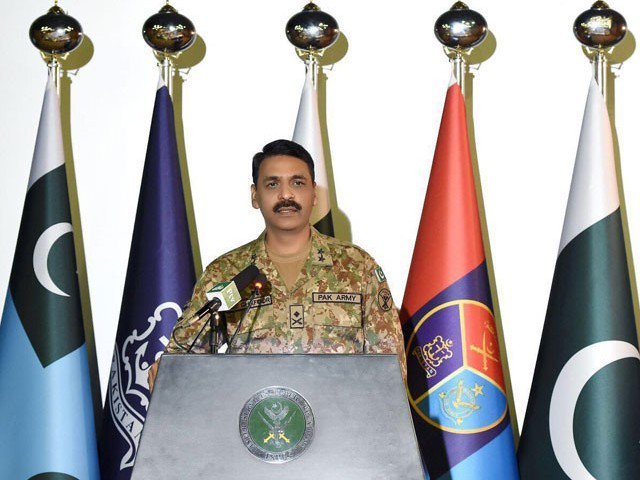 While insisting that it has no direct role in holding the July 25 general election, the army has strongly dismissed allegations that the security establishment is involved in any political engineering or siding with any political party.

“The armed forces will only facilitate the Election Commission of Pakistan (ECP) for free, fair and transparent elections. We have no direct role in the conduct of the elections,” said the Inter-Services Public Relations (ISPR) Director General Major Gen Asif Ghfoor on Tuesday.

Ghafoor was addressing a news conference at the General Headquarters in the backdrop of widespread allegations that the army is calling the shots on election matters. Mindful of the implications of such claims, the ISPR chief dedicated his entire news briefing on role of army in the upcoming polls.

The chief military spokesperson attempted to respond to all the controversies ranging from the army’s role in polls to the allegations of pre-poll rigging. The crux of Ghafoor’s hour- long briefing was that the security establishment is not in any way interfering in the election process.

He insisted that the armed forces neither have any favourites nor are backing any particular political party. “The armed forces will perform election duties as mandated by the ECP,” he said.

“The physical custody of election material even during the transportation will remain with the ECP officials.  The troops deployed at the polling stations will report any irregularity to the electoral authorities,” he said.

The chief military spokesman also gave a historical perspective about the deployment of troops for election duties, adding that it was not the first time troops were being deployed for polls.

He said troops have been performing election duties since 1997 but this time the number of troops being deployed is much higher. The reason for this, he said, is that unlike previous elections, the troops are being deployed at all the polling stations.

“In total as many as 371,000 troops will be deployed in over 80,000 polling stations across the country. Around 140,000 reservists of armed forces are being recalled while the air force and the navy will also contribute troops for election duties,” Gen Ghafoor said.

When asked to comment on the allegations against the army of political engineering and pre-poll rigging, he said historically political parties use such tactics especially when they fear election defeat.

He said switching loyalties before the elections is also a norm in Pakistan and the army has nothing to do with that. He also distanced the army from any role in the allotment of ‘Jeep’ symbol to certain independent candidates. “It is the ECP that issued symbols and the army had no role in it,” he added.

Responding to the allegations of the deposed premier Nawaz Sharif, the ISPR chief denied that the Inter-Services Intelligence (ISI) pressured anyone including a Pakistan Muslim League-Nawaz (PML-N) candidate in Multan to switch loyalties.

Ghafoor also answered questions regarding the alleged role played by the ISI’s Maj Gen Faiz Hameed. “Those taking his name aren’t aware of what he has done for the country. The ISI has a monumental role in safeguarding the country and its interests. One can only speculate, but Gen Faiz has done so much”.

When asked how members of banned organisations are contesting polls, Ghafoor said he had been asked this before, adding that when a political party is formed, there is a process for its registration.

“The process of permission and scrutiny takes place and the ECP has to decide who can or cannot contest the elections. If banned organisations are contesting polls, then each individual has the chance to object to it. The armed forces have no connection with the eligibility of candidates.”

Reiterating his earlier statement, he said the army has become thick-skinned and tolerated comments and slander. “The elections will happen,” he added.