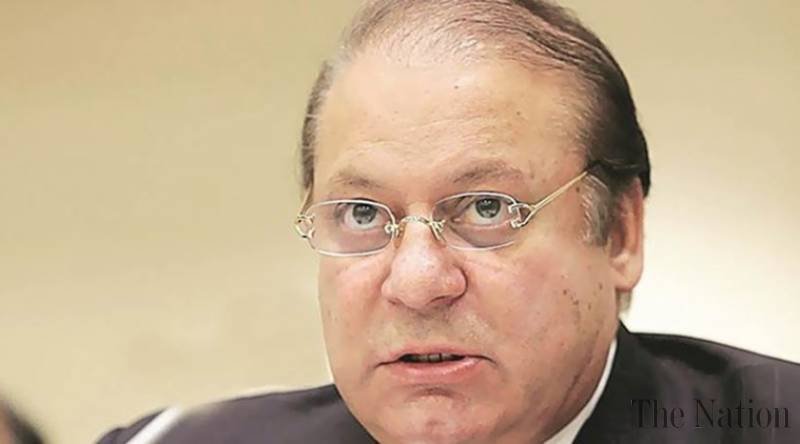 Sharif, who was ousted as the prime minister in July 2017 by the Supreme Court, termed the NAB chief’s accusations rigging before the forthcoming general elections.

The Pakistan Muslim League-Nawaz Quaid sought public apology from NAB Chairman Javed Iqbal in English and Urdu newspapers within 14 days. He also warned him of legal proceedings if he failed to do so.

The notice further stated that a press conference of the NAB chairman on May 9 maligned Nawaz Sharif despite a clarification from the World Bank and State Bank on May 8.

The World Bank stated that neither the name of any person nor was statement related to money laundering mentioned in the report, the notice added.

The World Bank had denied as “incorrect” the reports that Sharif allegedly laundered $ 4.9 billion to India after the NAB ordered a probe against the former prime minister and others.

The World Bank also referred to a statement by the State Bank of Pakistan which rejected estimates of $4.9 billion in remittances from Pakistan to India on September 21, 2016, and provided an explanation of the methodology used in the World Bank report and the official remittances numbers.

Earlier, Sharif had asked the NAB chief to furnish evidence in the money-laundering allegations against him or tender resignation, accusing Iqbal of his character-assassination. “I have pointed out the biased attitude of NAB several times. The NAB chairman’s press release confirmed my statements. The report of World Bank was made the basis of the case while distorting the facts,” Sharif had asserted.

Responding to Sharif’s demand of furnishing evidence or tendering resignation, the NAB chief had said if carrying out accountability was a crime, then he would continue to do so in the future as well.