Pakistan: Milli Muslim League in US Terrorist List, ‘Do Not Make Mistakes’ US Warns 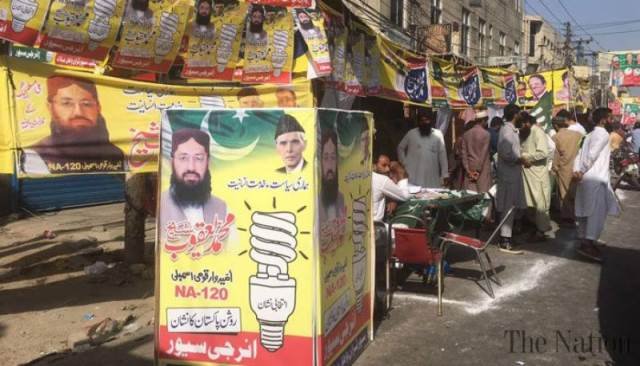 The US Department of State and the Department of Finance said that like the Lashkar-e-Taiba, the MML is also being included in the list of foreign terrorist organisations and special list of global terrorists under two different rules, reported BBC URDU.

Apart from this, the US Department of State has called Tehreek-e-Kashmir as the front of LeT, while the MML chief Saifullah Khalid, General Secretary Fayaz Ahmed and five workers of MML included in the list.

In this context, Nato AA sales coordinator of the Department of Counter-Terrorism said that “Lashkar-e-Taiba” in Pakistan is constantly moving publicly and holding public rallies. They are collecting funds, and training the militants, he added.

He warns, ‘Do not make mistakes!”, no matter, what name LeT choose for itself, it will remain a terrorist organisation.

The Department of Finance also warned that those who are helping the MML or funding them financially think again before doing so or threaten US sanctions.

The MML  has come into existence last year and its workers have been supporting Hafiz Saeed openly.

Hafiz Saeed’s posters were also seen in the rallies of this party in Pakistan.

America recognizes Lashkar-e-Taiba and its head Hafiz Saeed, planner of Mumbai attacks. The US has also announced an awarded of $ 10 million for Hafiz Saeed’s head.

The Election Commission of Pakistan (ECP) has not accepted the MML registration as a political party and has asked the Ministry of Interior to take the NOC.

US Secretary of State Harjah says that Lashkar-e-Taiba has changed its name to avoid sanctions.

LeT has been involved in terrorist activities in the name of ‘Kashmir Freedom Movement’, the US alleged in a statement in 2017.

The US says it is intended to close the doors of US financial system on such people and organizations.

The United States has said that he welcomes all the efforts in which Lashkar-e-Taliban should not be allowed to be political as long as he should stop using violence to establish his influence.

20 January 2022 By Ashraf Siddiqui More than 7,000 books of different ...
END_OF_DOCUMENT_TOKEN_TO_BE_REPLACED