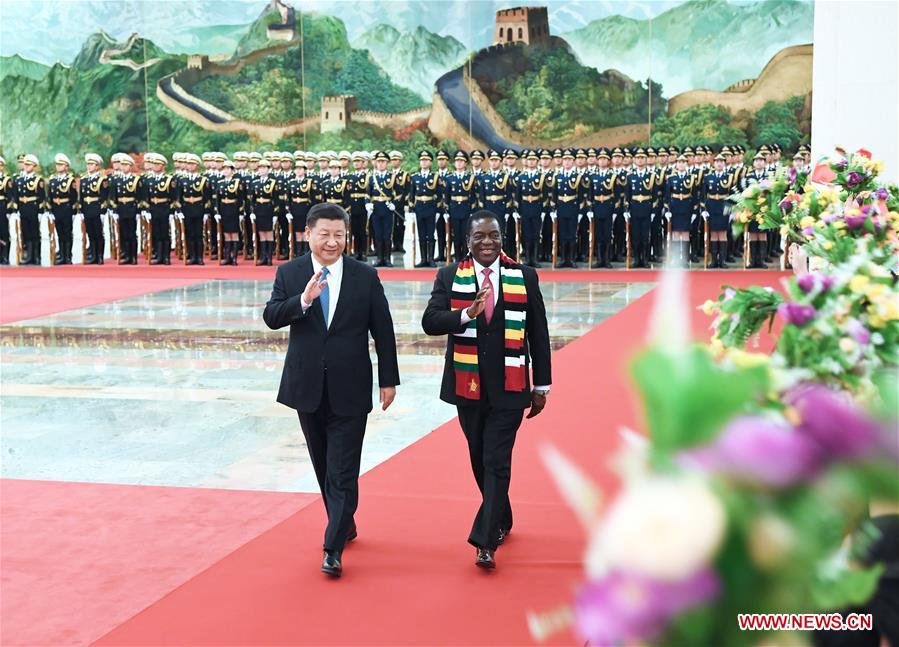 Chinese President Xi Jipping and his Zimbabwean counterpart Emmerson Mnangagwa on Tuesday agreed to establish a comprehensive strategic partnership of cooperation between the two countries.

The two heads of state reached the consensus during their talks at the Great Hall of the People in Beijing.

Mnangagwa is on a state visit to China from April 2 to 6 at the invitation of President Xi.

Speaking to Xinhua before his visit to China, Mnangagwa said his administration’s priority is to revive the economy and make Zimbabwe a middle-class income country by 2030, which needs deeper economic ties with China.

Zimbabwe will seek to tap into the huge financial resources, technical expertise and modern technology of its all-weather friend China, Mnangagwa said.

He said he had chosen China first outside Africa to thank the Asian country for standing by Zimbabwe during its most difficult times.

“I will say thank you not only to the president of China but also the people of China for standing and supporting Zimbabwe during the hard times when the West imposed sanctions on us,” Mnangagwa said.

“I have no doubt that in the economic forum meetings that I am going to address in China, I will be able to invite investors to come to Zimbabwe from China and tell them the opportunities that exist here and the environment, the security of investment that we have created in our own jurisdiction,” he added.

He said Zimbabwe had lost too much time with its economy and needed to move with speed in embracing new technologies.