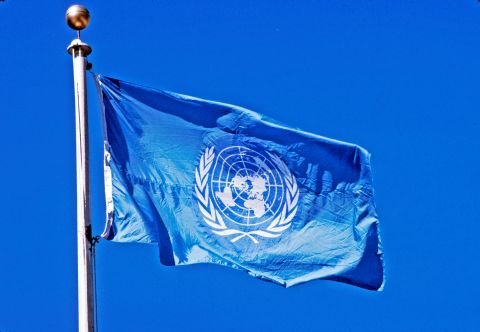 “Obviously this [Kashmir] is a situation that we continue to follow and follow very closely,” Guterres’ said in a statement released by his spokesperson Stephane Dujarric, a few days after at least 17 people were killed by the Indian army in held Kashmir in a fresh wave of violence.

“The secretary-general has expressed and will continue to express his concern at the situation [in Kashmir],” Dujarric said. “I think we spoke about it earlier in the week, reminding all parties of the need to protect civilians.”

Talking to the media during a routine briefing, Dujarric assured that the “good offices of the UN are available” for both countries to reach a peaceful solution to the dispute. He added that while Pakistan has continuously sought UN’s good offices to resolve the decades-old dispute, India has opposed the body’s mediation.

The statement pointed out that concerned parties must be willing to solve the issue in order to avail UN assistance.

Dujarric also clarified that the option was not exclusively for India and Pakistan, but for every nation involved in a dispute.

Three Indian soldiers and 13 suspected militants died on Sunday in several clashes south of Srinagar, the main city of the region. Besides, four civilians were also killed and dozens injured when police opened fire on thousands of demonstrators who poured onto the streets, throwing stones and chanting slogans against the Indian rule.

The violent clashes in Kashmir sparked protests in several areas of Pakistan on Friday. Jamiat Ulema-i-Islam (JUI), Jamaat-i-Islami, Shia Ulema Council and Jammu and Kashmir Movement announced a “day of protest” to express solidarity with the people of held-Kashmir as well as those martyred in an Afghan airstrike on a seminary in Kunduz.

The leaders of the political parties will stage protests in Rawalpindi and Islamabad after Friday prayers.

JUI carried out a rally in Sukkur to express solidarity with the people of held-Kashmir. The protesters marched from Madarssa Manzil Gah to the press club, where a demonstration was staged.

The protesters demanded that the Indian forces end the use of force against people of held-Kashmir and urged the UN and other international bodies to take notice of the ongoing issue.