US Had No Evidence That Pakistani Govt Was Aware of Bin Laden’s Presence, Barack Obama 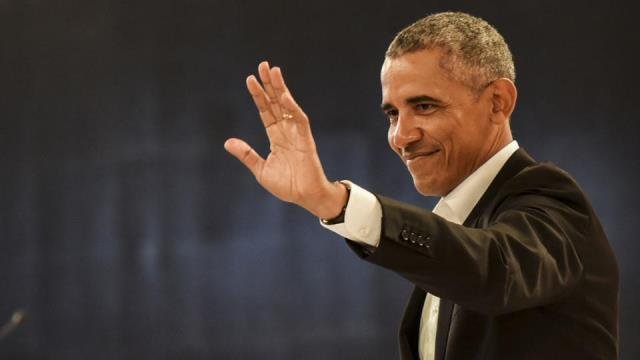 The US has faced the “consistent hard problem” that elements in official Pakistani organisations have connections with terrorist groups but such an approach will only lead to more difficulties for Islamabad, former president Barack Obama said on Friday.

During an hour-long interaction at the 15th Hindustan Times Leadership Summit.  Obama also said his administration had been able to find “no evidence” that the Pakistan government had been aware of al-Qaeda chief Osama bin Laden’s presence in the country.

Balancing ties with Pakistan was a key part of Obama’s two terms as president. The US conducted a record number of drone strikes under his watch that targeted Taliban and al-Qaeda leaders in Pakistan’s lawless northwest, and he ordered the operation by US Navy Seals that killed bin Laden in the garrison town of Abbottabad in May 2011.

“I think what is a true and understandable source of frustration is the view that sometimes there are connections between explicit terrorist organisations based in Pakistan and elements that are connected to various more official entities inside of Pakistan,” Obama said while responding to a question on whether the US had different approaches for Pakistan-based terror groups that target US forces in Afghanistan and those that attack India.

“But that’s not just true for terrorist organisations that were directed at India, that’s true for those that like (the) Haqqani (Network) that killed US soldiers. That poses a difficulty that’s been a consistent hard problem for us to solve.”

He added, “And that is although Pakistan has been in many ways a partner in fighting against certain terrorist organisations. What is also true is that there are elements that sometimes have not been good partners with us.”

Asked by host Karan Thapar if he would identify these elements, Obama replied: “No.”

Referring to the “tragedy in Mumbai”, Obama said the US was “as obsessed with how to dismantle that network as India was. In fact, our intelligence and military personnel were immediately deployed to work with the Indian government in any ways that the Indian government determined it would be helpful in getting this done.”

The 2008 Mumbai attacks, which killed 166 people, were blamed by the US and India on Pakistan-based Lashkar-e-Taiba.

Obama also warned of the dangers posed by Pakistan’s approach towards terror groups that target India.

“I think that there is a historic recognition, and…I don’t want to claim it was unique to my administration…the Bush administration felt the same way – that terrorism of any sort directed at any country has a way of metastasising. That you can’t say that’s going to be their problem now because eventually it becomes your problem later,” he said.

Asked whether the Pakistani administration had been guilty of neglect or incompetence in the matter of bin Laden, Obama refused to give a specific answer.

“We had no evidence that the Pakistani government was aware of bin Laden’s presence there. That was something obviously that we looked at. I will leave it to you to characterise beyond what I just said,” he said.