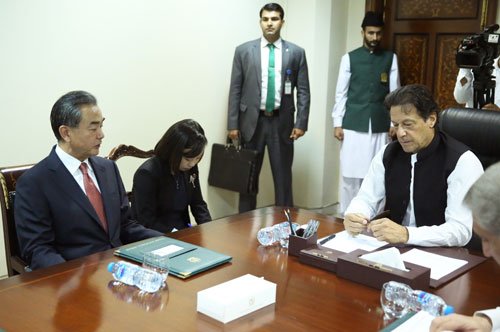 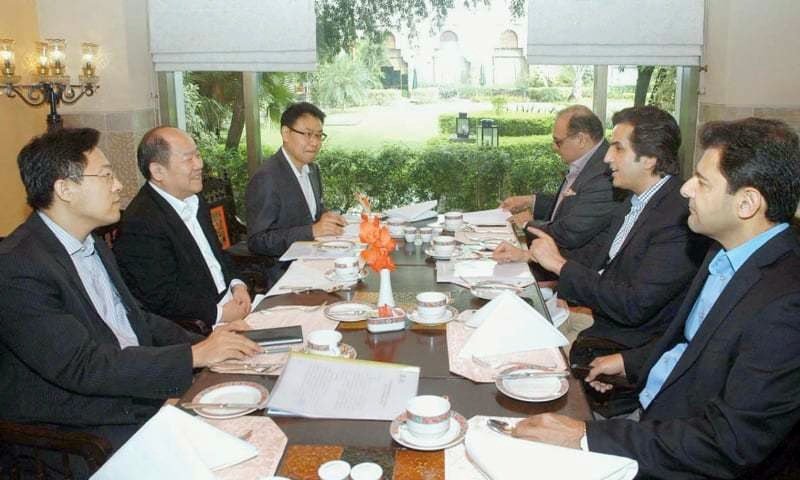 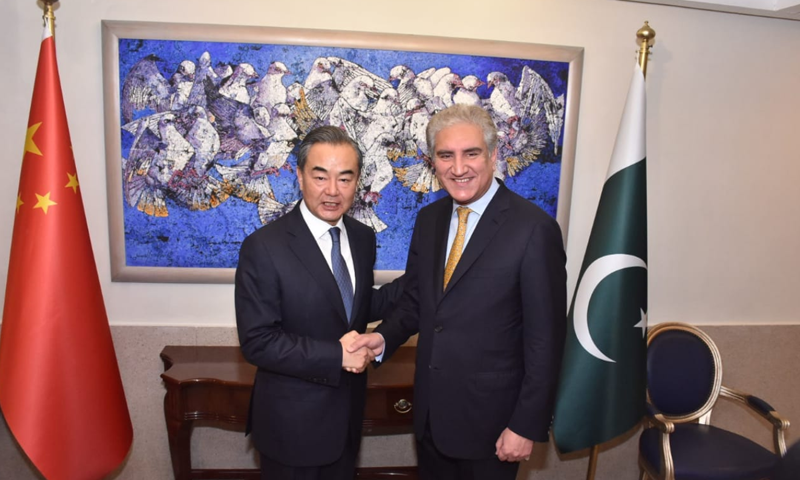 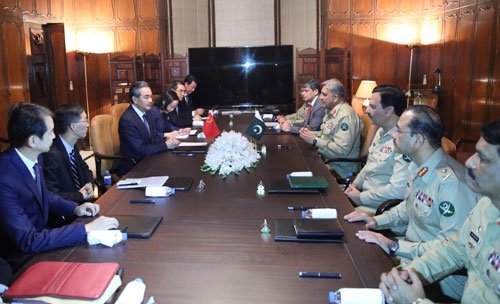 Pakistani leadership has conveyed to Chinese State Councillor and Foreign Minister Wang Yi that China Pakistan Economic Corridor (CPEC) was a national priority for the government, Foreign Office Monday said in a press statement.
“Pakistan remains committed to the successful implementation of CPEC,” the Foreign Office statement said on the completion of Chinese minister’s visit to Pakistan. Wang Yi paid an official visit to Pakistan from September 7-9.

The statement said there was complete consensus on the future trajectory of CPEC between Pakistan and China.
“The two sides agreed to work together towards implementation of the ongoing projects and agreed to expand CPEC to new areas of cooperation including socio-economic development, poverty alleviation, anti-corruption, agricultural cooperation and industrial development as per the needs and priorities of the government of Pakistan,” it added.

The two sides had in-depth exchange of views on all issues of mutual interest. The visit provided an opportunity to the two sides to reaffirm their “all-weather strategic cooperative partnership”.

During his visit, Wang Yi held delegation level talks with foreign minister followed by a joint press conference. He also called on the President, the Prime Minister, Speaker National Assembly and the Chief of Army Staff.

He conveyed the message of good will and support from the Chinese leadership for the new government of Pakistan.

From the substantive point of view, it helped in further strengthening the strategic cooperative partnership between the two countries.

State Councillor Wang Yi was a special guest at the oath-taking ceremony of President of Pakistan and was the first foreign dignitary to call on him after his inauguration on the same day.

The visit had a special significance as it came right after the installation of new government and on the day of the oath-taking ceremony of the new President.

Doha, 25 June 2022 THE Embassy of Nepal and the Non-Resident ...
END_OF_DOCUMENT_TOKEN_TO_BE_REPLACED