Pakistan: Coal Mine Deaths Climb to 23 Near Quetta: Officials 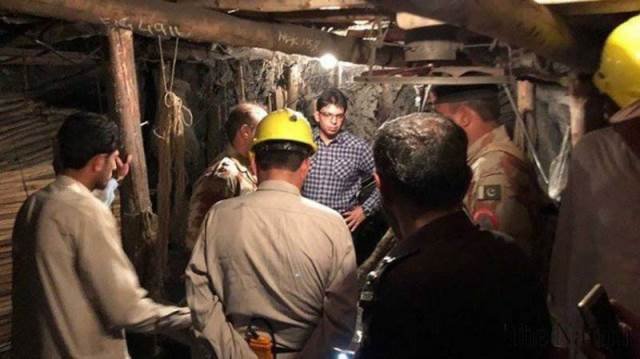 The death toll from Saturday’s coal mine blast and landslides near Quetta climbed to 23 on Sunday, officials said, after ending their rescue operation.

At least 16 miners died on Saturday and more than a dozen were trapped after an explosion in a mine in the Marwar coalfields in Balochistan province, Director of Disaster Management Attaullah Khan said.

He said two laborers died in a landslide on Saturday in another mine in Surrang coalfields. It was not immediately clear if that was caused by the explosion.

“Rescuers retrieved five more bodies from this mine,” he said.

Another official, Mohammad Atif, said authorities had opened an investigation after sealing both mines.

Accidents are frequent in the province’s mines, where safety measures are basic and many of the workforce come from other parts of the country.

The mines are mostly owned by Pakistan Mineral Development Corporation, which leases many of them to private contractors.

The country has huge coal reserves estimated at more than 184 billion tonnes. It produces 4 million tonnes of coal annually, most of which is consumed by brick-making kilns.