Pakistan Caretaker Prime Minister Expected to be named on 22nd May 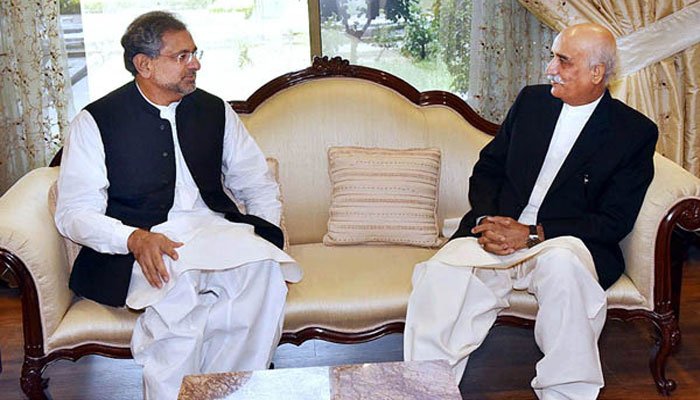 The two leaders had regular consultations in the past to develop a consensus on a suitable candidate.

Speaking to media after the meeting, Khursheed Shah said the name of caretaker prime minister would be announced on Tuesday, May 22.

Shah said PM Abbasi asked him to have another meeting over the matter following the premier’s return from Turkey. Therefore, it was decided to have consultative meeting on Tuesday, May 22, during which the name of caretaker prime minister would be finalized.

Opposition leader was optimistic consensus would be reached on any name for the caretaker prime minister soon.

The five-year term of the PML-N government would end on May 31.