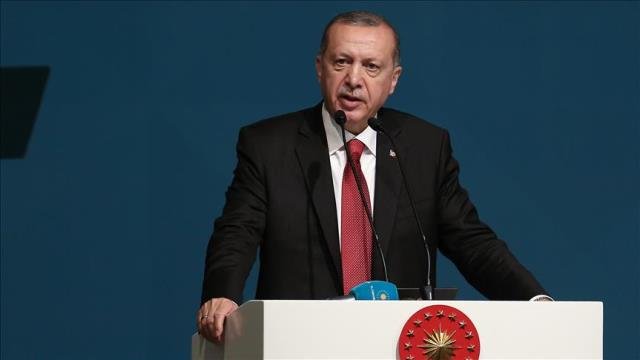 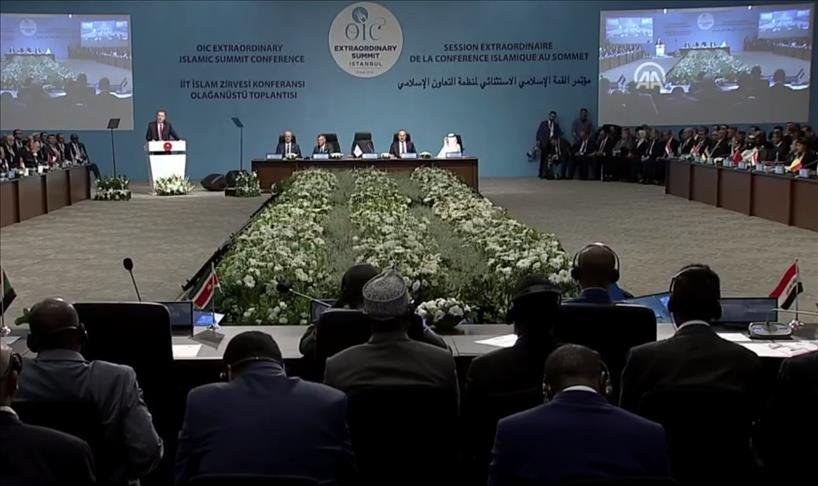 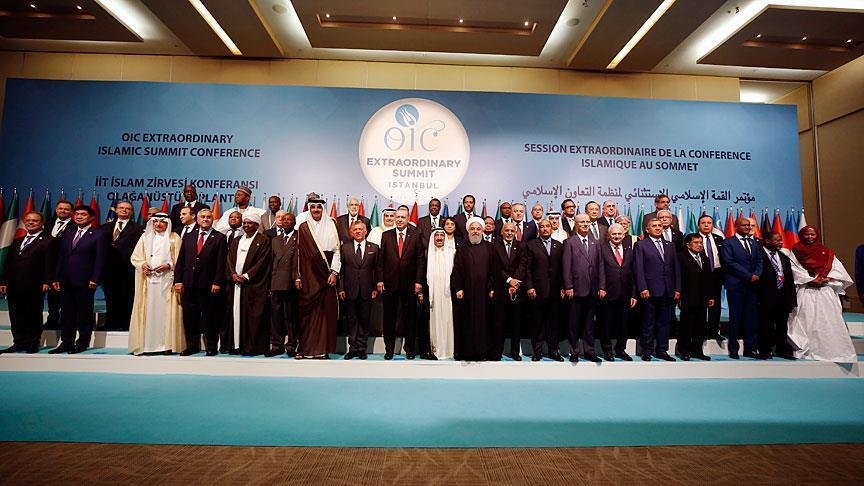 President Recep Tayyip Erdogan on Friday described the Israeli killings of scores of Palestinians as “thuggery, atrocity and state terror.”

In his opening address during the ongoing extraordinary summit of the Organization of Islamic Cooperation (OIC), Erdogan said: “I clearly say: what Israel did is thuggery, atrocity and state terror.”

He said Israel must be held accountable for the innocent people it slaughtered before international justice.

“To take action for Palestinians massacred by Israeli bandits is to show the whole world that humanity is not dead.”

Turkish president pointed out that condemnation, which never stopped, would not end the occupation and persecution in Palestine.

“No one will give us a silver platter until Muslims claim their rights,” added Erdogan.

For his part, the OIC Secretary General Yousef al-Othaimeen called for opening an international probe into Israeli violence in Gaza.

“An international probe into the crimes is Israel committed against Gaza is an urgent and fair demand, and the aggressor should be sanctioned and held accountable,” he said.

Al-Othaimeen affirmed “the necessary international protection for the Palestinian people due to the Israeli ongoing violations in the international occupation territories.”

He added that Muslim people everywhere await real action that “puts an end to the Israeli open aggression against Palestinian people”.

He also rejected the U.S. move to relocate its embassy to Jerusalem, adding that “we emphasize the illegality of the U.S. move”.

Monday’s protests in Gaza coincided with Israel’s 70th anniversary – an event Palestinians refer to as Nakba or the “Catastrophe” – and the relocation of the US Embassy to Israel from Tel Aviv to Jerusalem.

Since the mass Gaza rallies began on March 30, more than 100 Palestinian protesters have been martyred by Israeli army gunfire.

Last week, the Israeli government claimed that the ongoing protests constitute a “state of war” in which international humanitarian law does not apply.