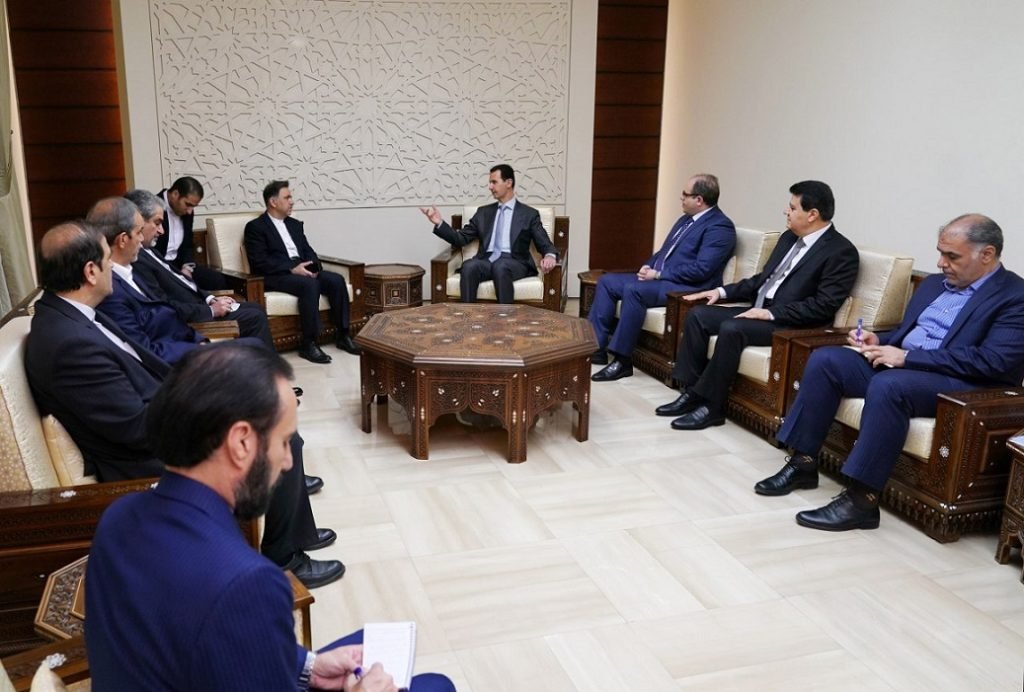 The enhancement of economic cooperation between Tehran and Damascus and all other countries that respect Syria’s sovereignty and independence is one of the main ways of resistance against Western plots, President Assad said in a meeting with Abbas Akhoundi, Iran’s Minister of Roads and Urban Development.

The Western countries resort to economic punishment to put pressure on nations in order to make them give in, he said.

The Iranian minister, on his part, expressed Tehran’s support for Damascus in all spheres and said that his country is ready for taking a role in Syria’s reconstruction.

Both sides emphasized the importance of the brotherly relations between Iran and Syria on economic issues and expressed willingness to upgrade the ties to a strategic level on political and military affairs.

Akhoundi and Syrian Minister of Economy and Foreign Trade Samer al-Khalil signed an economic document on Friday that will open a new chapter in the two countries’ relations. The strategic MoU covers some economic and cultural issues.

The main subjects of the document are trade and other specialized issues on transportation, industry, banking, and reconstruction.

Akhoundi arrived in Damascus on Thursday. He is scheduled to meet with senior Syrian officials during his stay in the country.