Pakistan Assures Afghanistan for Humanitarian Assistance, Visa on Arrival for Traders and Patients 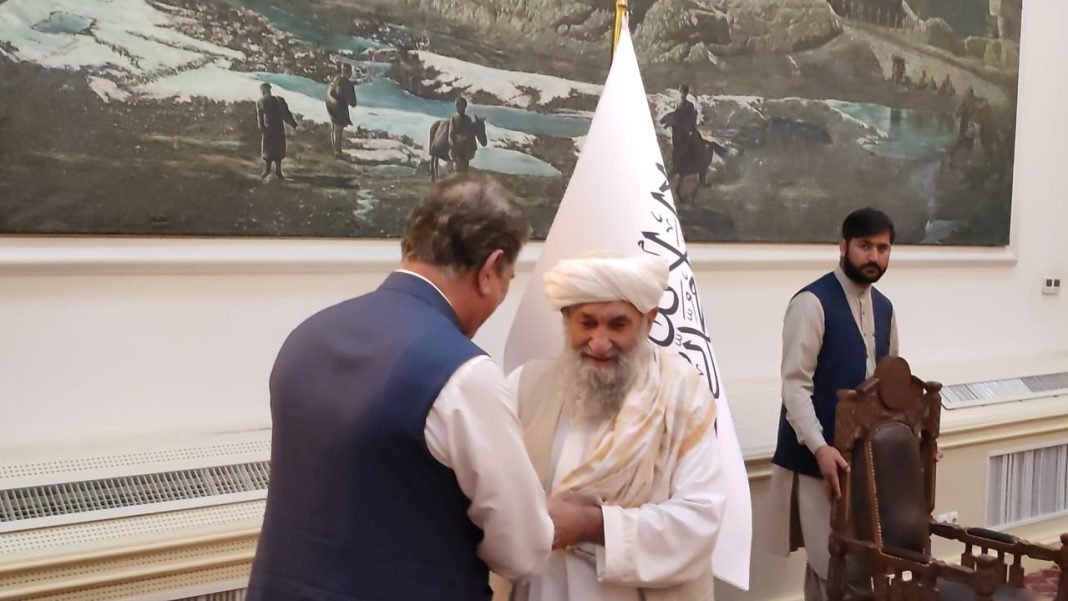 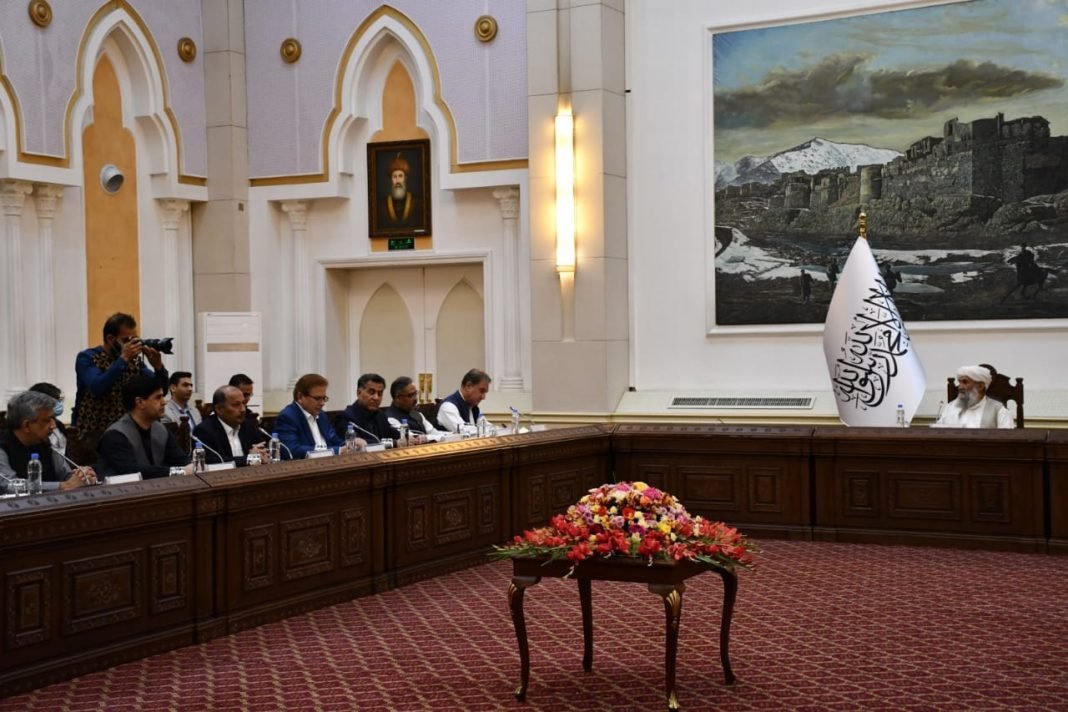 Foreign Minister of Pakistan, Shah Mahmood Qureshi along with his delegation arrived in Kabul on Thursday for a day visit. He was received by Maulvi Abdul Salam Hanafi, deputy prime minister of Afghanistan’s interim government. Amir Khan Muttaki, Afghan Interim Foreign Minister was also present.
During his meeting with the interim prime minister of Afghanistan, Mullah Hassan Akhund, he discussed issues of mutual interest.

He also assured of Pakistan’s humanitarian assistance to Afghan brothers. He said that Pakistan wanted lasting peace and stability in Afghanistan.

Qureshi said that Pakistan has taken several steps like visa facilities for Afghan citizens, especially traders, and the establishment of new border points to facilitate movement.

He said Pakistan in collaboration with Afghanistan’s neighbours, was committed to playing a constructive role for peace and stability in the region.

Deputy prime minister Maulvi Abdul Salam Hanafi hosted a banquet in honour of Foreign Minister Qureshi and his delegation at the Arg Palace. A large number of cabinet members of the interim government joined them.

The Foreign Office of Pakistan said the talks between the two sides would cover the entire spectrum of bilateral relations and focus on ways and means to deepen cooperation in diverse areas.

Utilizing the opportunity, the foreign minister will share Pakistan’s perspective on issues of regional peace and stability.

As a close fraternal neighbor, Pakistan has always stood by Afghanistan. Pakistan kept the border crossing points open for trade and pedestrian crossing under COVID protocols.

A facilitative visa regime for Afghan nationals and border crossing procedures for trade and cargo have been instituted.

In recent months, Pakistan has provided humanitarian aid and assistance in the form of food stuffs and medicines.