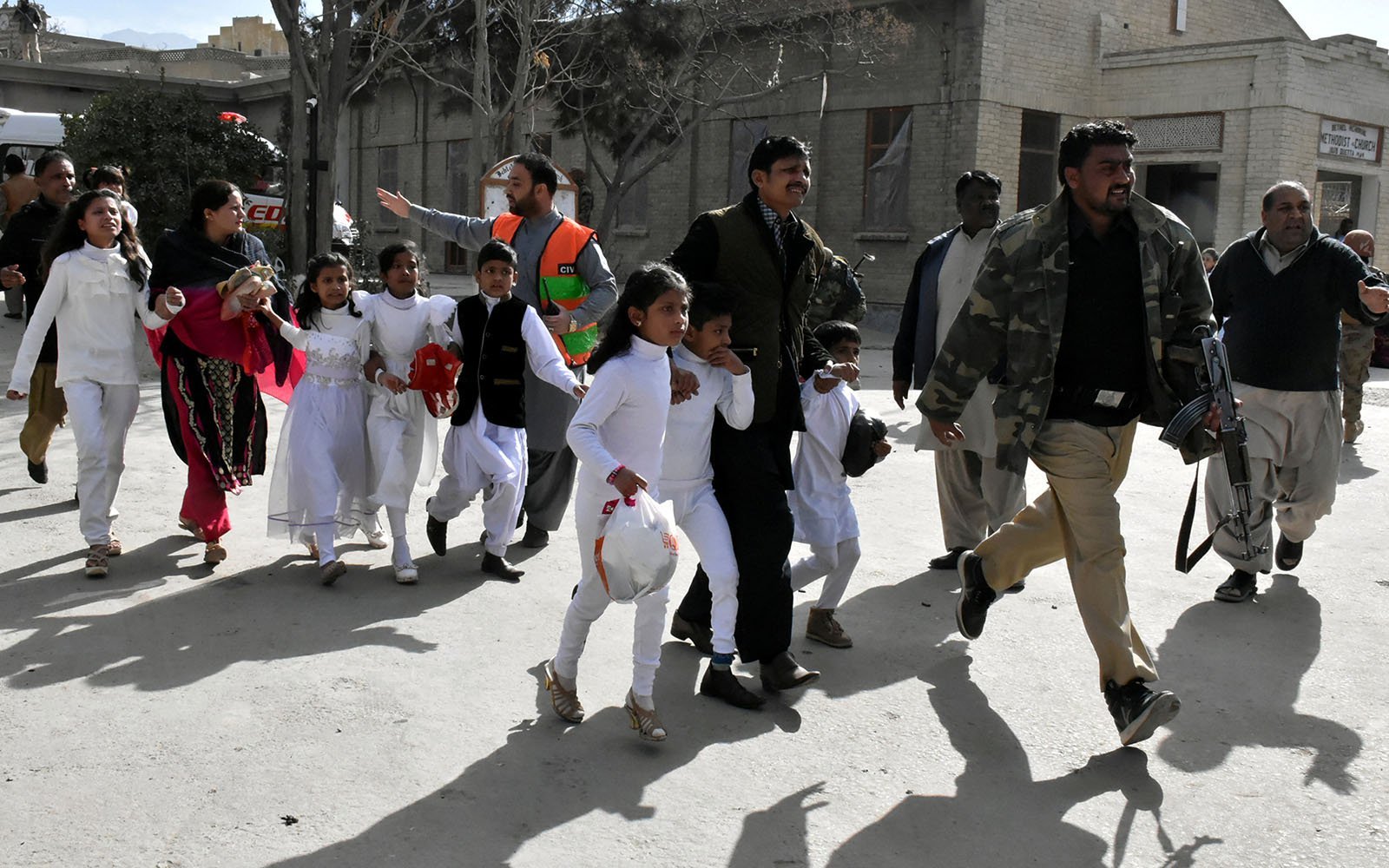 At least nine people were killed and 30 injured in a suicide attack on the Bethel Memorial Methodist Church situated on Zarghoon Road, Questta on Sunday afternoon.

All casualties, which included women and children, were shifted to Civil Hospital Quetta.

In a Tweet by Provincial Interior Minister of Baluchistan, Province of Pakistan, Sarfraz Bugtisaid’ By the grace of Almighty, 02 suicide Bombers stopped on entrance of Church in Quetta. LEAs took 16 mins to complete the op. CCPO and DC Quetta along with IG Police Balochistan lead the operation from forefront.

At least two suicide attackers had struck the Bethel Memorial Church while Sunday service was ongoing. There were 400 worshipers inside the church when the assault started, Balochistan’s Inspector General of Police (IG) Moazzam Ansari and Home Minister Sarfaraz Bugti confirmed to DawnNews.

Police assigned to the church’s security reacted in a timely manner and averted a much larger tragedy, IG Ansari claimed. Eyewitnesses and provincial lawmaker Aniqa Irfan, who had reached the church soon after the attack, corroborated the claim.

An eyewitness who was present inside the church at the time of the attack said the attackers had scuffled with the building’s guard when their attempt to enter the main hall undetected failed.

When they shot the guard dead, police officials posted around the church noticed something was amiss and opened fire on the attackers.

One of the attackers was reported to have then detonated his suicide vest at the church’s main door after receiving bullet injuries. Another was shot dead near the church’s entrance by security forces, the police chief said.

The injuries caused to worshipers were mainly the result of wooden splinters from the door and glass blown out of the church’s windows due to the explosion, IG Ansari maintained.

Provincial and security officials repeatedly stressed that if the attackers had managed to breach the church’s doors, the death toll could have been much higher. They lauded the quick response of security forces posted to the church, which they said had prevented the attackers from causing maximum damage.

The director general of civil defence said late in the afternoon that the two attackers — who officials believe to have been between 16 and 20 years of age — had strapped 15 kilogrammes of explosives to their bodies. One successfully detonated his explosive vest, while the other was defused.

The Bethel Memorial Church has been the target of a terrorist attack in the past. Security had been beefed up for the church after the last attack, which occurred a few years ago. The church is located in the city’s high-security zone.