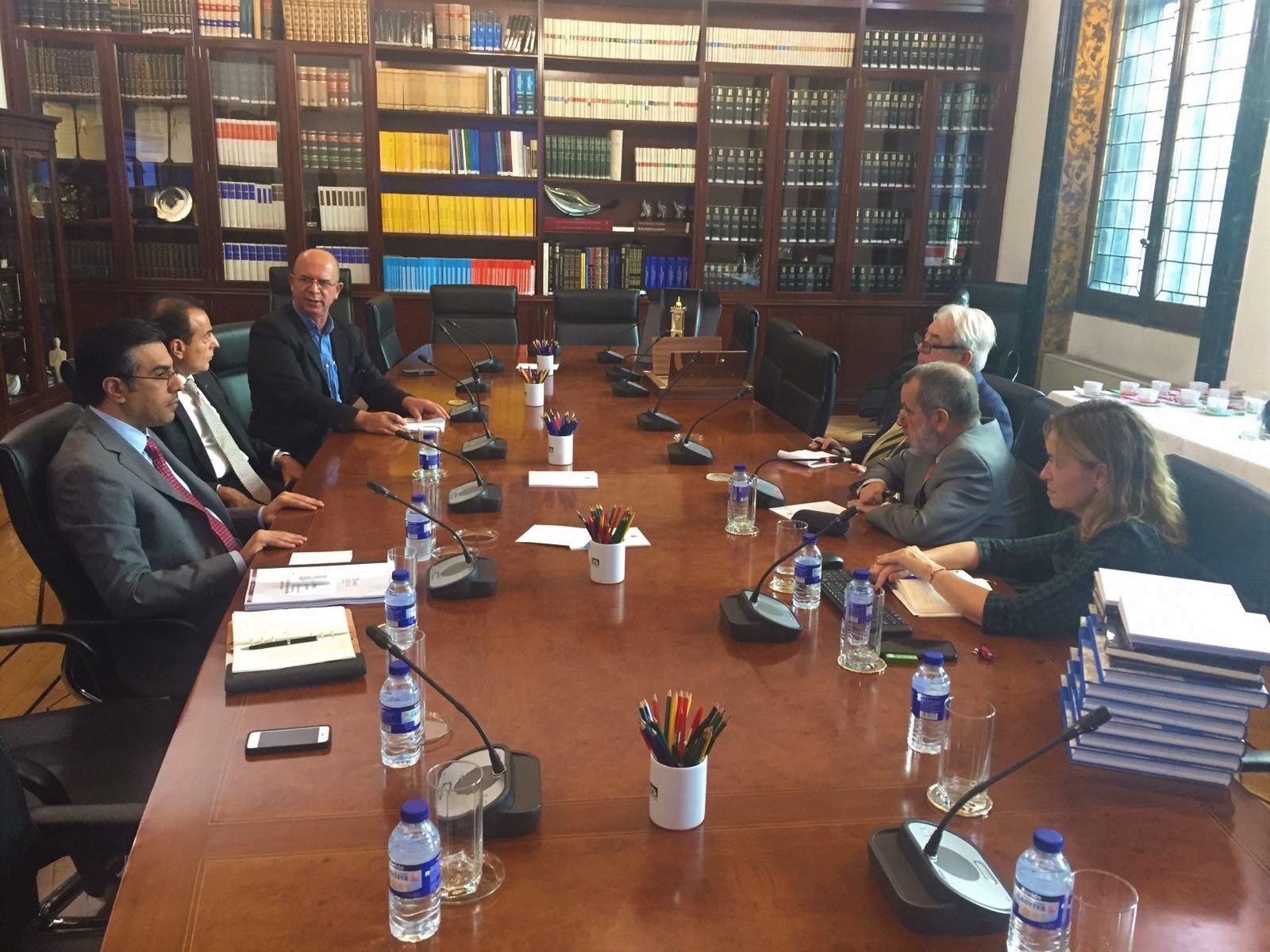 He asked to Spanish government during their meetings with the blocked countries to raise the question of siege and to lift the embargo at earliest with out any condition.

He paid his thanks to Spanish officials on the understanding of the gravity of the issue and to put more pressure on the siege countries .

Dr. Ali ALMarri met Director of Department of Human Rights of Ministry of Foreign Affairs and asked to exert more pressure and to compel the siege countries to comply with calls from the international community to lift the unjust and illegal siege imposed on the citizens and residents of Qatar.

Dr. Ali bin Samikh AlMarri held separate meetings with Pilar Rojo, Chairperson of the Foreign Affairs Committee, House of Representatives and  with Manuel G. A, Chairman, Senate Justice Committee of Spain. He reiterated his confidence in the role that parliamentarians can play locally, regionally and within the European Parliament to put an end to the serious violations caused by the blockade .

He briefed Spanish public attorney of the repercussions of the siege and its grave humanitarian impact., He also briefed on the efforts of NHRC since the beginning of the crisis and raising voices of the victims from the siege to the public attention at different international platforms.

He asked Spanish Public Attorney to raise the issue of the unjust siege in the parliament and during meetings with Spanish government officials. Dr AlMarri praised Public Attorney role in the promotion and protection of human rights.