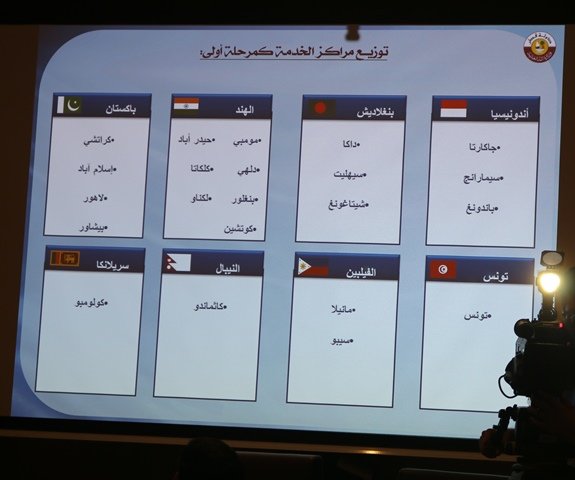 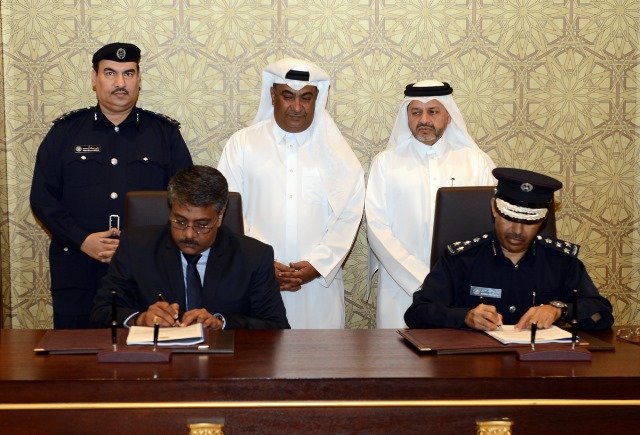 Qatar Ministry of Interior signed today, 19 November 2017, an agreement with a Singapore based company to hold the services for simplifying the residency procedures of expatriate workers coming to Qatar.

Brig. Muhammad Ahmad Al Ateeq, Director General of the General Directorate of Passports and Suresh Kumar, Manager of the Singapore based company signed the agreement at the Headquarters of the Ministry of Interior.

The project will be implemented in its first phase in eight countries – India, Nepal, Sri Lanka, Pakistan, Bangladesh, Indonesia, Philippines and Tunisia as the workers from these countries constitute 80% of total workforce in Qatar.

Brig. Muhammad Ahmad Al Ateeq said that the agreement was intended to facilitate the services for easing the residence procedures for the expatriates coming to work in the State of Qatar. This system will be implemented through a mechanism starting from the issuance of a visa to the person coming to Qatar from the above said eight countries. Service providing centers will be opened in those countries where the Qatar visa holders from there can complete many steps of the entry and residence procedures from their home countries. As a first phase the services such as the biometric data record, fingerprint, medical checkup and work contract singing will be carried out through these centers form their own countries before their departure to Qatar.

He pointed out that this project has been undergone longer studies and evaluation to ease the entry processes in favor of the expatriate workers and preserve his rights well. The documentation and signing of contract in his country before his travel to Qatar will help the workers to start their works with the hosting companies immediately after entering the country and transfer his salary to the bank since the first month of work.

Capt. Abdullah Khalifa Al Mohannadi, Recruitment Support Services Department at the General Directorate of Passport said that the second phase includes the authorization of educational certificates and other documents and services like wage protection of the workers.

He added that this project would help to solve several issues that expats facing in residence procedures such as medical fitness, fingerprint and contract signing. Expats would not be asked to go through these procedures after their entry to Qatar again. The processes will be linked electronically to concerned departments to avoid mismanagement and can be verified in Airport counters upon their arrival. The medical checkup will be approved electronically by the E-governance service.

The project would be carried out in other countries after studies to cover all countries of expats in Qatar.

The project which will be worked out within 4 months will be piloted in Sri Lanka where first of such centre will be opened in Colombo and it will be followed with opening of such centres in other 7 countries. There will be 7 centres in India (Bombay, Delhi, Bangalore, Cochin, Calcutta, Hyderabad and Lucknow), while 4 in Pakistan (Karachi, Lahore, Islamabad and Peshawar), 3 each in Bangladesh (Dhaka, Sylhet and Chittagong), and Indonesia, 2 in Philippines (Manila and Cebu) and 1 each in Sri Lanka (Colombo), Nepal (Kathmandu) and Tunisia.

Later, briefing  to media at a press conference in this regard, Capt. Abdulla Khalifa Al-Muhannadi, Director of Visa Support Services, Ministry of Interior, Qatar while providing above details told that this step will help in reducing return back after arrival to Qatar back to source countries of workforce on medical grounds from 3 % to 1 %.

Capt. Al-Muhannadi told that Visit Visa holders upon getting a job offer have to go back to their respective countries to meet necessary procedure.