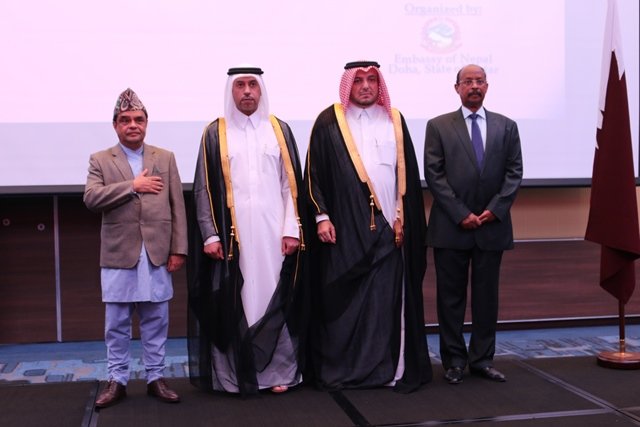 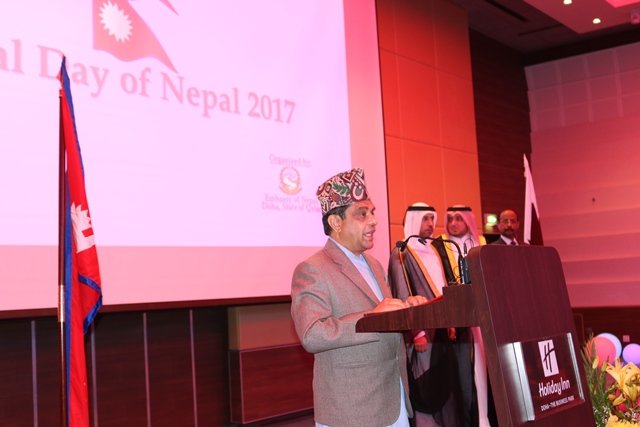 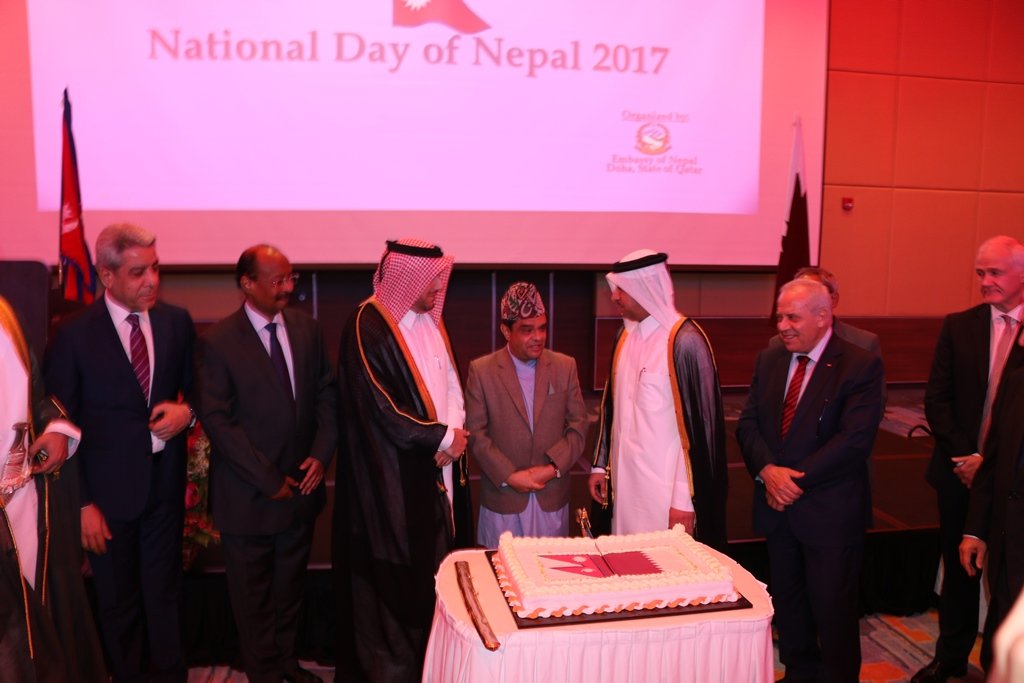 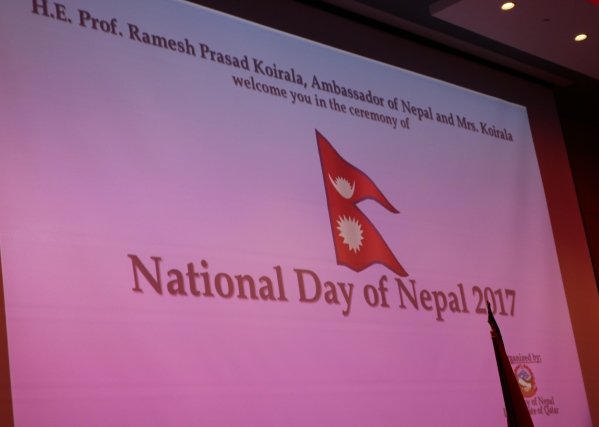 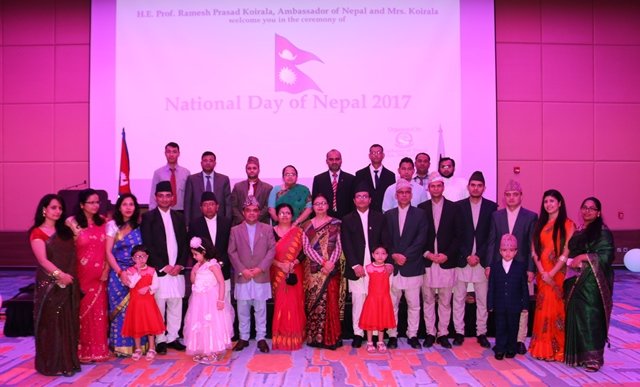 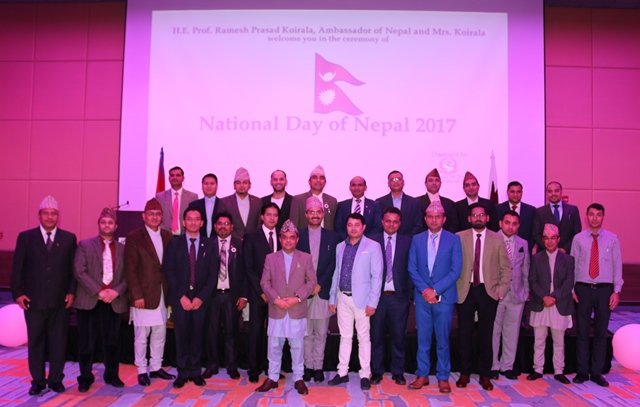 Prof Koirala lauded the contributions of his countrymen towards Qatar development, he told that more than 400,000 Nepali expatriates were serving in Qatar, constituting the second largest community in the country.

He said that Nepalese community has been playing a significant role in further widening and diversifying the relations between two countries.
Earlier, national anthems of both countries were played followed by cake cutting ceremony.  The event was conducted by Gayatri Poudel, Second Secretary at Nepalese embassy.
September 21, 2017 / Current Affairs