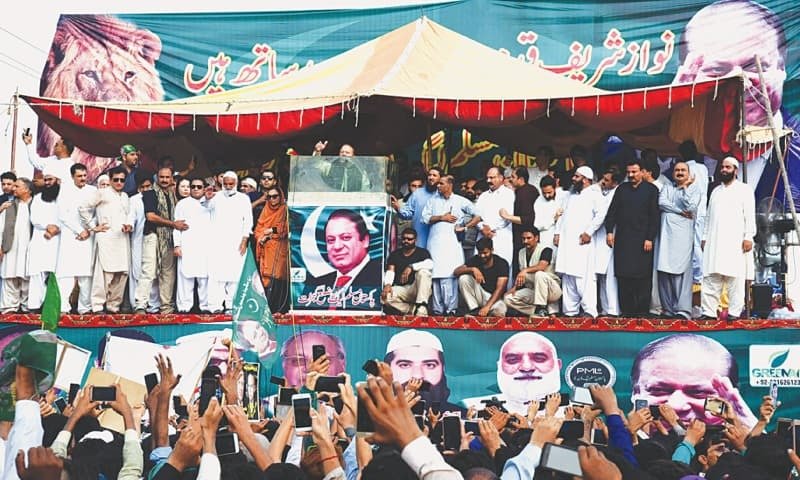 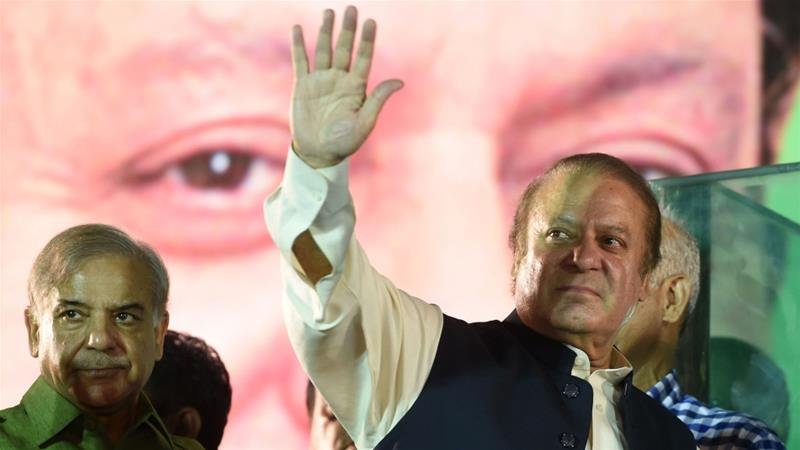 Pakistan’s former Prime Minister Nawaz Sharif called for a change and revolution in the country. He said that ‘We have to change Pakistan, respect public’s mandate’, addressing to a large gathering of tens of thousands of his supporters and activists upon reaching in Lahore from Islamabad,  370 kms journey by road  took him almost four days.

He asked hundreds of thousands of people who came to receive him upon reaching in Lahore whether elected prime ministers of the country can be sent by a few people to home before completing their tenure, people shouted loudly NO.

He announced that his ruling party will support recent suggestions proposed by Senate Chairman for a change in present constitution.

Mohammad Nawaz Sharif, three times elected Prime Minister of the country, third  time sent home without completing his tenure, this time by the superior court on charges for not disclosing holding of residence visa of United Arab Emirates and having a contract of monthly salary from his son’s Dubai based company at the time of contesting for parliamentary elections in 2013.

Thousands came to catch a glimpse of the former leader as his convoy rolled down the Grand Trunk Road, a more than 2,000-year-old trade route which leads from Chittagong in Bangladesh across India and Pakistan to the Afghan capital Kabul.

Addressing to public at the end of his journey in Lahore at the famous 11th century Sufi Shrine of  Saint Abul Hassan Ali Hajvery, commonly known as Data Ganj Baksh,  he announced that he would not sit at home, rather will announce his next move on 14th August, which is 70th independence day of Pakistan.

Citing his accomplishments, Sharif asked why a prime minister was disqualified when he was moving the country toward progress.

“This country belongs to 200 million people and not the few who ousted me, disrespecting your vote.”

“Who are those people who have disqualified me? Are they themselves qualified?” he asked the crowd, which responded with chants of “Prime Minister Nawaz Sharif”.

The party also announced on Friday that Kalsoom Nawaz, spouse of ousted prime minister would contest the vacant parliamentary seat of Lahore.