Musharraf Govt Did its Best But Failed to Find Any Wrongdoing: Hussain Nawaz 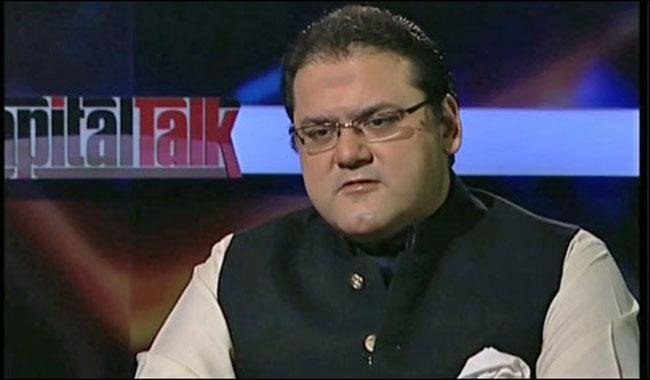 The Musharraf government did its best to find any wrongdoing with regard to the Park Lane Flats but it failed, said Hussain Nawaz, elder son of Prime Minister Nawaz Sharif, after appearing before the Joint Investigation Team (JIT) for the fourth time in seven days.

Talking to media outside outside Federal Judicial Academy, he said unfortunately the same thing was happening again so I wanted to say that they would find nothing again because no wrongdoing was ever done in this respect.

He said he has provided answers to all those questions raised by the JIT members and if he is called again he would appear before the JIT.

He said: “We want the investigation process completed in a befitting manner. I have personally faced accountability time and again and even many family members and their children were also made accountable in the past so this is not a new thing for us.”

Hussain Nawaz said they would continue to do this unless the truth is noticed by the Supreme Court and the people as well, adding “no one was ever able to bring any kind of evidence against us and all such talks were only allegations.”

To a question, he said the JIT has summoned many witnesses so he would not offer comments in this respect because he has nothing to do with it.

Replying to another question, he said he has submitted all the relevant documents before the JIT and he would appear before it as many times as he is summoned.

He also gave reference of a tweet by his son in which he said, “You have lost today if you thought that our family would shy away from accountability.”

Answering a question whether the JIT is satisfied with his answers he said, “It can better be answered by the JIT and he cannot say anything about it. The investigation is the privilege of the Supreme Court and if it never provided copy of questions to anyone then how can he do so,” he said.

Hussain Nawaz said, “The prime minister has so far not been summoned by the JIT and he will not talk on the basis of assumption. You know the prime minister always advocated the supremacy of law and immensely followed it, even putting his life in danger for sanctity of the judiciary.”

He said whenever he thinks it advisable he would bring the issue of manners related to the investigation to the notice of the people and media.

Lauding the role of media he said, “I am thankful to the media persons who are performing their duties and disseminating the truth to the people in harsh summer conditions.” Earlier Hussain Nawaz faced almost similar questions that were asked from his younger brother Hassan Nawaz who gave his statement to the probe body on June 2, sources told The News.

“The purpose of floating same questions by the JIT was to find out any kind of dissimilarity between the statements of Hussain Nawaz and Hassan Nawaz regarding offshore companies, London Mayfair flats and businesses in the Arab countries,” the sources said.

They said the JIT members already tallied the documents provided by Hussain Nawaz and Hassan Nawaz and prepared questions accordingly before start of the meeting on Saturday, adding “Hussain Nawaz was asked to provide some more details verbally about his stay with his younger brother in the London Mayfair flats.”

They said the JIT is also evaluating options to verify the documentary evidences provided by both Hussain Nawaz and Hassan Nawaz and it is likely to approach foreign financial consultants that may help achieve this purpose before expiry of the 60-day deadline given by the Supreme Court to complete the investigation process.

The sources said the JIT also sought answers from Hussain Nawaz about Hudaibya Paper Mills that indicated that it is turning its attention to the issue of alleged money laundering especially at the time when President of National Bank of Pakistan (NBP) Saeed Ahmad and Finance Minister Ishaq Dar are likely to appear before the JIT in the coming days.

“The JIT never sought any new documents from Hussain Nawaz but his bank statements were re-examined to identify flow of money that was ultimately used to meet their routine expenditures while living in the London flats,” the sources said.