10,000 Hectares of Land Announced by a Filipino Real Estate For Displaced Arab Families 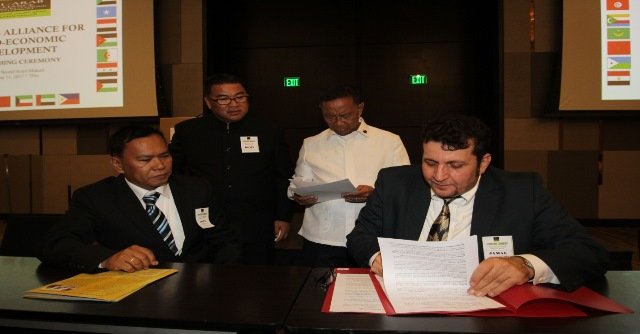 Casecnan Community Development Corporation (CCDC), Philippines has announced here in Manila for allocation of 10,000 hectares of land for displaced Arab families wishing to settle in the Philippines. CCDC, the development arm of BUGKALOT TRIBE of Nueva Viscaya who legally owns 169,000 hectares of land has proposed to build ‘COMPASSION CITY FOR DISPLACED ARAB FAMILIES”.

The proposed new city will host thousands of Arab refugees who will choose to settle in the Philippines while there is internal conflicts in their countries and will have complete services and facilities such as hospitals, schools, commercial centers, banks, transportation hubs, etc.

This was announced recently by a group of Filipinos and expatriate communities members from various parts of Asia region gathered at the New World Hotel, commercial district of Makati, Manila. They announced soft launching of ‘Fil-Arab Alliance’ forum.

Main objectives of the forum is to assist for Socio-Economic Development between Philippines and the various states in Middle East where foreign workers in large number serving in the development of their host country.

Witnessing the signing were Jejomar Binay, former Vice President of the Philippines and Romy Redelicia, President and CEO of the Alliance.