Moon to Fly Directly to Pyongyang for 3rd Summit with N. Korean Leader 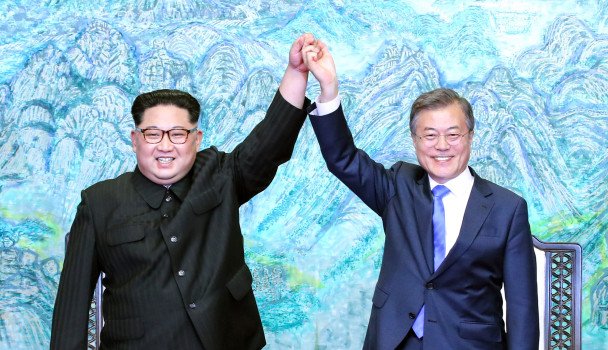 The means of travel for the South Korean leader was agreed to in working-level talks held on Friday in the border village of Panmunjom and involving working-level officials from both Koreas.

Seoul and Pyongyang earlier agreed to hold the third Moon-Kim summit in the North Korean capital from Tuesday through Thursday. The two leaders held their first-ever summit in Panmunjom on April 27, then again on May 26.

Officials at Friday’s meeting are believed to have discussed Moon’s itinerary along with the sequence of events to be held, which will likely include a welcome dinner hosted by Kim.

Kwun said an advance team of delegates will head to Pyongyang on Sunday via a land route.

Seoul has said the sides have agreed to keep the total number of South Korean visitors to under 200.

Already, several top political and business leaders are said to have found spots on the list. They include Lee Hae-chan, a former prime minister who was recently elected chief of the ruling Democratic Party, and Lee Jae-yong, de facto head of Samsung Group, the country’s largest business conglomerate.

The South Korean delegates to Friday’s meeting were headed by Kim Sang-gyun, a senior director of the National Intelligence Service who visited Pyongyang on Sept. 5 for a rare meeting with the North Korean leader.