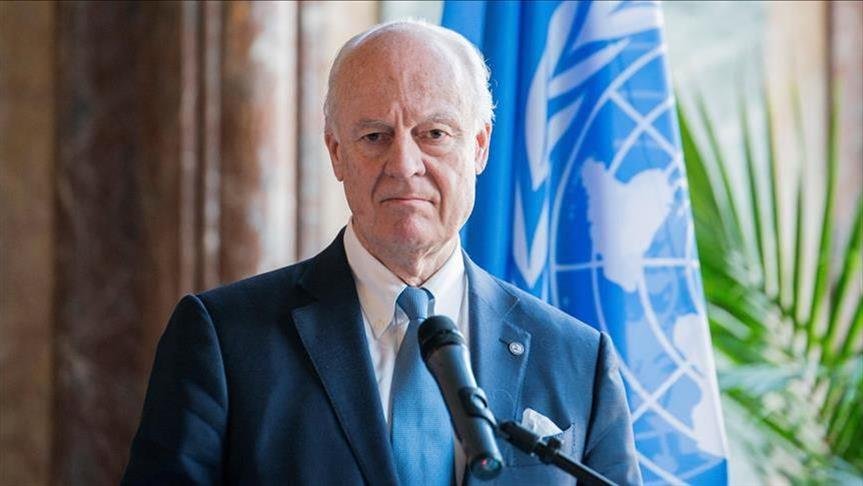 Staffan de Mistura, the UN special envoy for Syria, on Tuesday met with senior Turkish, Russian, and Iranian officials towards the establishment of a constitutional committee for the war-battered country.

The delegations entered the UN at Geneva on Tuesday morning for the closed-door meeting — expected to continue until noon — to facilitate the establishment of a constitutional committee for Syria.

The Syrian regime has conveyed a list of 50 names for the constitutional committee, and an opposition list is coming.

“We are focusing on moving forward on a constitutional committee and that’s our purpose, there are many other things that are important but this is the one we’re focusing on,” de Mistura told reporters last week.