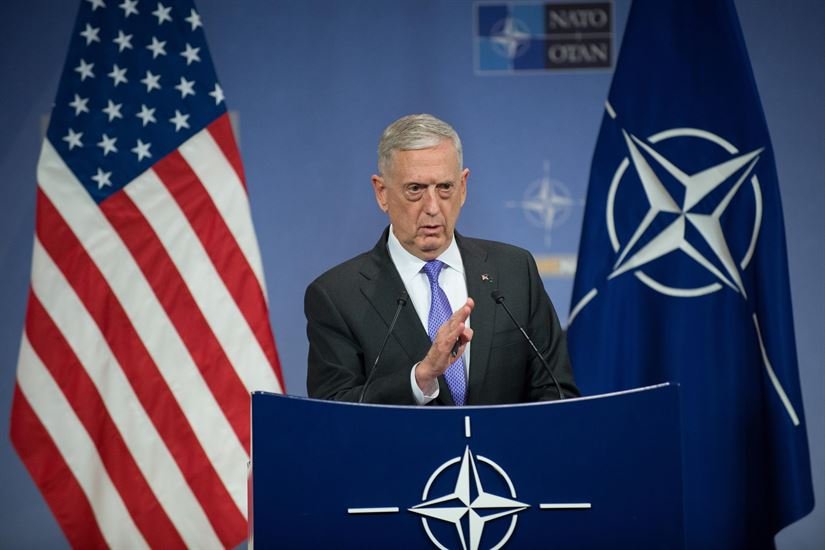 “We focused on terrorism and Russia’s destabilizing activities both in cyberspace and on the ground,” the defense secretary said during a news conference.

Mattis said the NATO ministers spent time discussing the alliance’s enhanced forward presence operations in the Baltic Republics and Poland. These are battlegroups built around forces from framework nations — the United States, Canada, the United Kingdom and Germany — to which 15 other NATO nations add forces and capabilities.

‘We Stand United, Together’

“I’ve observed some of these forces in the field and it is really quite energizing to see young soldiers from across the NATO alliance working together in the forests of Lithuania and elsewhere … as they make very clear in a wholly defensive orientation that we stand united and together,” he said.

The effort in the East “shows a truly united NATO,” said Mattis, adding that alliance nations are united in their appreciation of the threat and security situation.

“When you put your troops on the ground under other nations’ command there in the forests, you are making a statement of unity,” he said.

Mattis made a point of the increase in the defense budgets of individual NATO nations. This allows the alliance to enhance deterrence in Europe and how it deals with threats outside the region.

The defense secretary emphasized America’s commitment to NATO, citing President Donald J. Trump’s declaration of support for Article 5 of the North Atlantic Treaty, which stipulates that an attack on one NATO member is an attack on all. Mattis also discussed the U.S. Senate’s unanimous support of Article 5 commitments and the $1.4 billion increase in the budget for the European Reassurance Initiative planned in the fiscal 2018 defense budget request.

“We filled 70 percent of those gaps right now and I am very, very optimistic based on what I heard here that we will be filling the rest,” he said.

Mattis will take what he has learned at NATO and what he will learn from Marine Corps Gen. Joe Dunford, the chairman of the Joint Chiefs of Staff, who has just left Afghanistan before making his decision on the U.S. strategy in Afghanistan.

“That decision will be made by our president. It will be informed by what I picked up here from our allies, from our military commanders in the field, … and it will be up to all of us to execute it to the best of our ability,” the secretary said.

Mattis said he will refine his request for additional U.S. troops in Afghanistan at that time.

Mattis would not put a timeline on the conflict in Afghanistan.

“War is a fundamentally unpredictable phenomenon,” he said. “Every attempt to create a pat answer … is probably going to fail. The bottom line is NATO has made a commitment because the freedom from fear and terrorism … demands this not be left undone.”