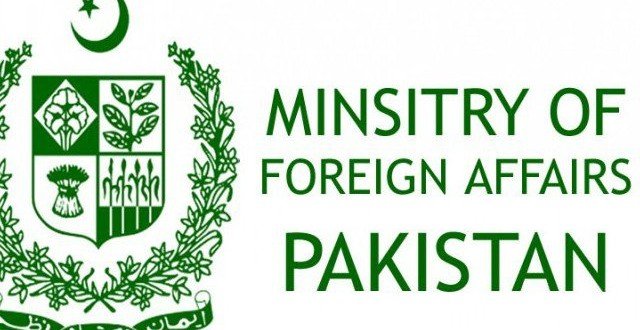 Pakistan Foreign Office (FO) spokesperson Nafees Zakaria on Tuesday said that Pakistan is “seriously concerned” about the threat posed by terrorism and extremism in the South Asian region.

Zakaria was speaking in reference to the BRICS’ leaders summit document which named militant groups allegedly based in Pakistan as a regional security concern.

“Many terrorist groups based in the region — including in Afghanistan — such as the [banned] Tehreek-i-Taliban Pakistan and its associates like Jamaatul Ahrar (JuA) have been responsible for extreme acts of violence against Pakistani people,” Zakaria said.

“We are deeply concerned at the presence of [banned] groups, like Daesh, East Turkestan Islamic Movement and Islamic Movement of Uzbekistan, in the ungoverned spaces in Afghanistan as they pose a threat to peace and security in the region.”

Zakaria further said that Pakistan is concerned about the rise of extremist ideologies and intolerance in the region, which have been “encouraging social stratification and systematic targeting of minorities”.

Earlier on Tuesday, Defence Minister Khurram Dastagir refuted the BRICS nations’ claim about the presence of militant groups allegedly based in Pakistan.

While talking to the media after the Defence Cabinet Committee meeting, Dastagir said, “We have already said that there are no terrorist sanctuaries in Pakistan.”

“Terrorist safe havens are found in Afghanistan; Pakistan does not fear any external aggression as its Army, Navy and Air Force are keeping a strict eye on the situation,” he added.

On Monday, the leaders of the five emerging market BRICS powers, for the first time, named militant groups allegedly based in Pakistan as a regional security concern and called for their patrons to be held to account.

India welcomed the move — which participated at a summit in the Chinese city of Xiamen — as an important step forward in the fight against militant attacks.

Brazil, Russia, India, China and South Africa make up the BRICS grouping. The group had called for an immediate end to violence in Afghanistan.

“We, in this regard, express concern on the security situation in the region and violence caused by the Taliban, ISIS…Al Qaeda and its affiliates, including Eas­tern Turkistan Islamic Move­ment, Islamic Movement of Uzbekistan, the Haqqani network, Lashkar-i-Taiba, Jaish-i-Mohammad, TTP and Hizbut Tahrir,” the leaders had said in the declaration.

The BRICS had called for “comprehensive reform” of the United Nations and the UN Security Council “with a view to making it more representative, effective and efficient, and to increase the representation of the developing countries so that it can adequately respond to global challenges”.

The five also pledged their opposition to protectionism, a theme increasingly taken up by host Chinese President Xi Jinping as anti-globalisation sentiment in the West poses a threat to China’s vast export markets.