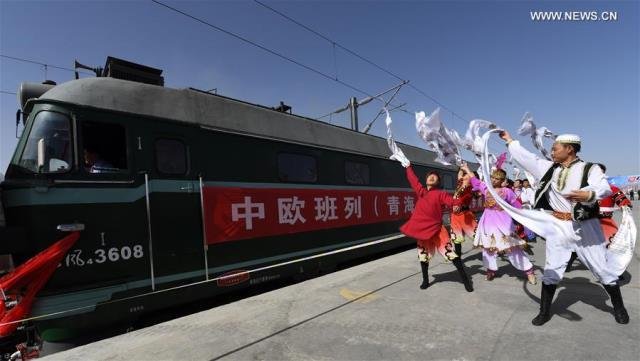 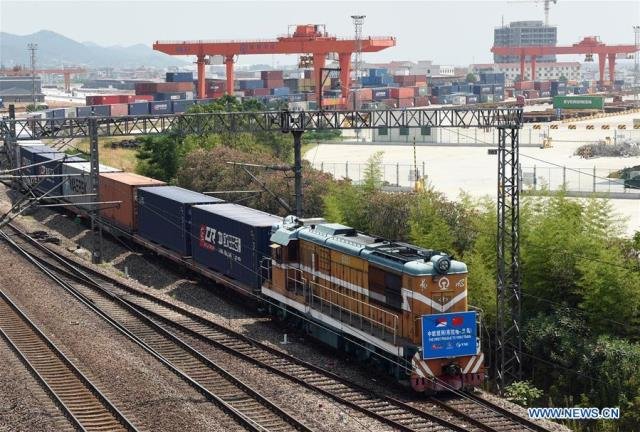 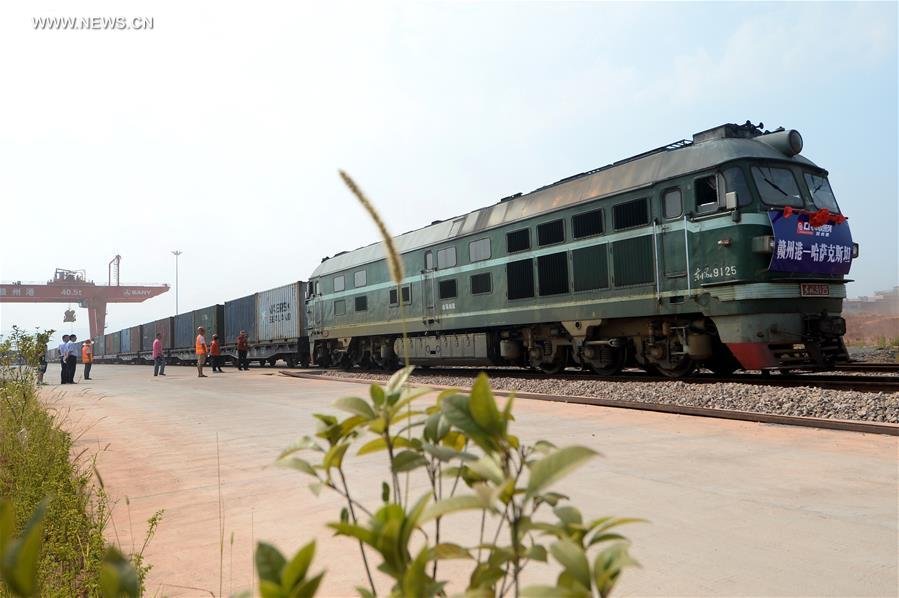 The launch ceremony of the international freight train from Yinchuan to Tehran was held here on Tuesday, 5th of September 2017.

The train is expected today 5th of September to leave Munich on its return trip.

Zhengzhou opened its first China-Europe freight train route to Hamburg in July 2013. The number of cargo trains has increased dramatically under the Belt and Road Initiative.

Munich is renowned for its auto industry. The new freight route will also boost the import of brand name automobiles in the future, Huo said.

The train, loaded with containers of chemical, left China through the Alataw Pass in Xinjiang, had it’s route via Kazakhstan before reaching Perm in Russia.

The trip covers about 6,360 kilometers and takes 10 days, 30 days less than the previous sea route.

On 4th of August 2017,  at 1100 AM Friday, First freight train X8074 from Prague, Czech Republic arrived in Yiwu, East China’s Zhejiang Province, after a 16-day journey. The train carried 82 containers of crystal products, automobile accessories, beer and some other Czech products, with total value of about five million U.S. dollars

Kazakhstan is the third Central Asian destination from the port, following Kyrgyzstan and Uzbekistan, said Zhong Dingyan, deputy head of Nankang District in Ganzhou. China plans to link Tajikistan and Turkmenistan  in near future.

Encouraged by the Belt and Road Initiative, more than 20 Chinese cities now run trains to central Asia and Europe.