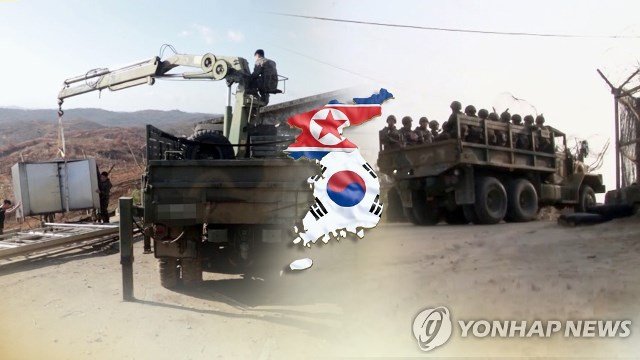 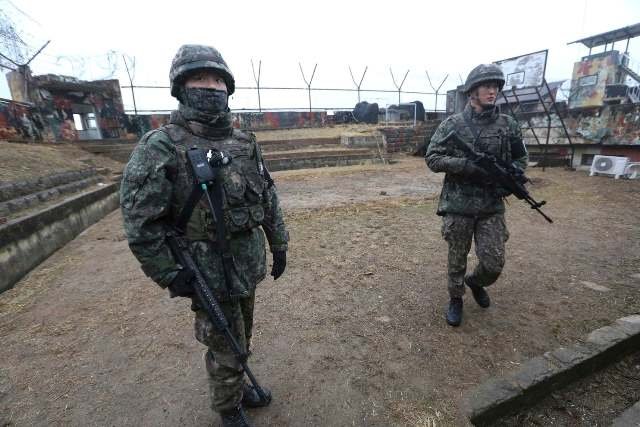 The two Koreas have agreed to verify their recent work to withdraw 11 border guard posts through onsite visits next week, Seoul’s defense ministry said Thursday.They will each form a seven-member verification team for each guard post, subject to their pullout agreement, for the verification task on Wednesday.

As part of the September military accord aimed at reducing tensions and building trust, Seoul and Pyongyang agreed to demolish 11 guard posts each in the Demilitarized Zone (DMZ), but decided later to disarm and keep one of them each for its historical value.

“The verification will be a display of trust that the Koreas’ military authorities have built through the process of implementing the military accord,” Seoul’s Vice Defense Minister, Suh Choo-suk, told a press conference. “This is a very exemplary case in international arms control efforts, and will contribute to dispelling some concerns over the enforcement of the accord,” he added.

Each verification team, led by a colonel-level officer, will consist of five verification personnel and two filming staff. The two sides will also build a cross-border path to facilitate each team’s one-day verification work. In the morning, South Korea will verify the North’s guard posts, while the North will check the South’s in the afternoon.

The Koreas’ defense ministers signed the military accord after the third summit between President Moon Jae-in and North Korean leader Kim Jong-un in Pyongyang. The bilateral military accord includes a series of confidence building and conventional arms control measures, such as disarming the Joint Security Area in the DMZ and setting up air, ground and maritime buffer zones to prevent accidental clashes.

Yonhap News reports South Korea and the United States are closely coordinating on all inter-Korean exchanges, including an agreed-upon plan to hold a ceremony to ground breaking for a railway and road re-connection project before year’s end, a unification ministry official said Thursday.

“Issues related to inter-Korean exchanges are all being discussed,” the official told reporters on condition of anonymity when asked if the allies are discussing the details of a groundbreaking ceremony for the project to re-link roads and railways across the heavily armed border.

The leaders of the two Koreas agreed in September to hold the groundbreaking event this year to start work on modernizing railways and roads across their border. The project is intended to realize balanced economic development and co-prosperity on the divided peninsula.

On Wednesday, the two Koreas completed a joint survey of the North’s western rail line, which will be followed by an inspection of its eastern rail system from Saturday to Dec. 17.

Following months of delay over a possible violation of sanctions on the North, the railway inspection can now take place given that the U.S. recently expressed strong support for the survey and the U.N. Security Council granted a sanctions exemption.

The two Koreas, however, have yet to fix a schedule for an additional road study following one they conducted in August. The Seoul government has said that it is still possible to hold the groundbreaking event as agreed before the end of this year.

“We are making preparations to enforce what was agreed upon,” the ministry official said. “Consultations (between South and North Korea) are also under way with regard to the road inspection.”

The official said that a new team of officials and experts will cross into the North early on Saturday to begin a 10-day on-site inspection on the railway that runs through eastern North Korea.

They will examine the state of the railway and other relevant systems, such as tunnels and bridges, aboard a South Korean train that will run from Mount Kumgang on the North’s east coast to the Tumen River on its northeastern tip.

This will mark the first time for a South Korean train to run on the 800-km-long Kumgang-Tumen line since the peninsula was divided following the 1950-53 Korean War.

Doha, 24 Sept. 2022 (QE) QatarEnergy announced that it has selected ...
END_OF_DOCUMENT_TOKEN_TO_BE_REPLACED