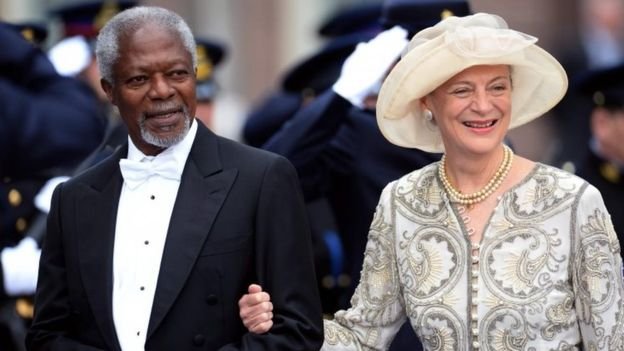 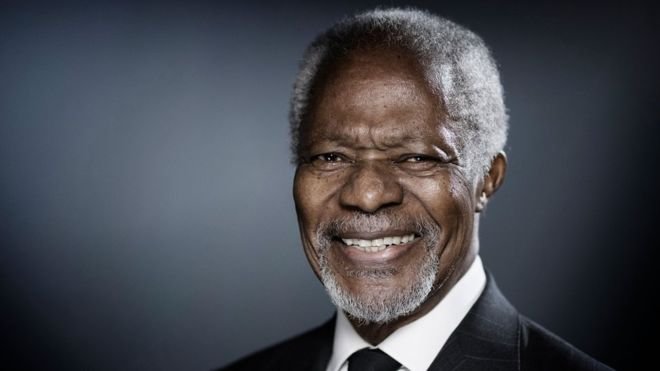 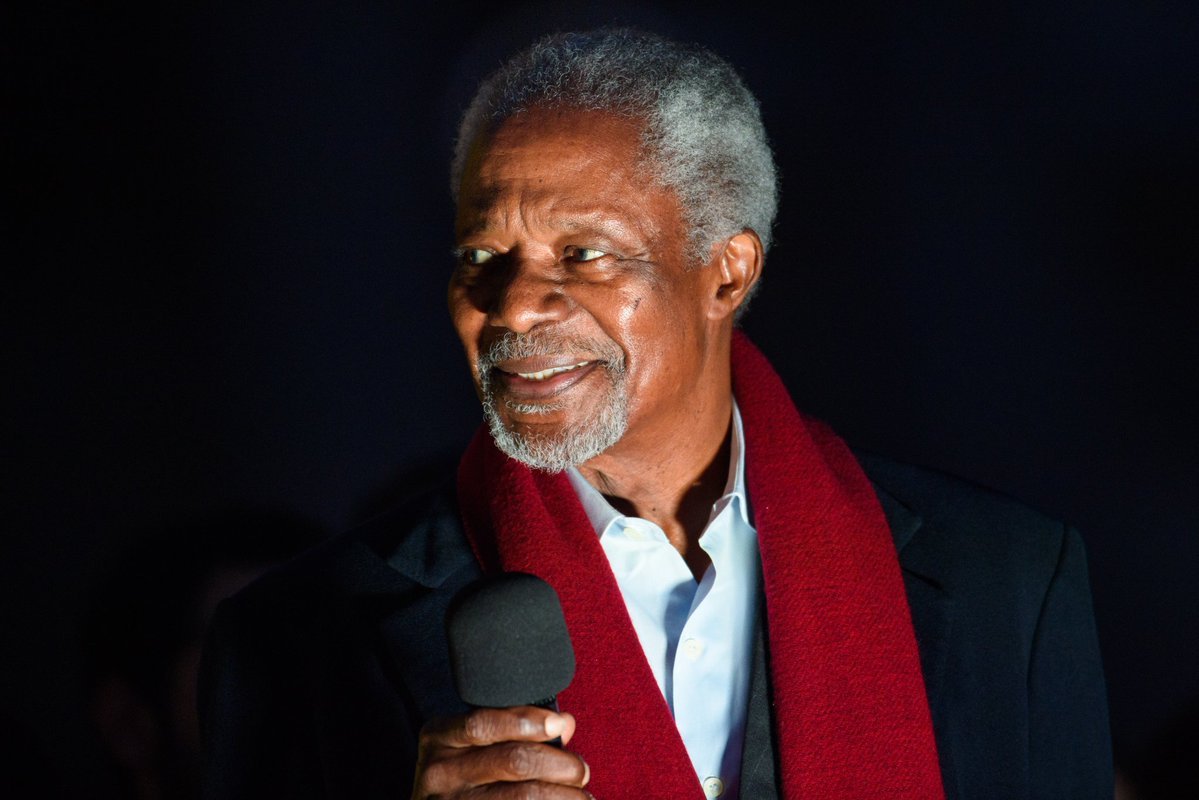 He has also served as the UN special envoy for Syria to find a solution to the conflict.

Kofi Annan Foundation in a statement announced his death today. Foundation regarded him as a ‘global Statesman’ and deeply committed internationalist who fought throughout his life for a fairer and more peaceful world.

‘Wherever there was suffering or need, he reached out and touched many people with his deep compassion and empathy’, it says.

Kofi Annan learnt one of his most important lessons at  his elite boarding school in West Africa that he said later, ‘that suffering anywhere concerns people everywhere’.

Kofi Atta Annan and his sister, Efua Atta, were born in city of Kumasi in what was then Gold Coast in April 1938. The twins’ first names meant ‘born on a Friday’ in Akan, while their shared middle name means “twin”.

He was born in a well established family of traditional leaders. His father was a provincial governor,  a country still under British rule.

He was in age 19, Ghana got independence.

He married second time to Nane Marie in 1984, she was along with him at the time of his death.