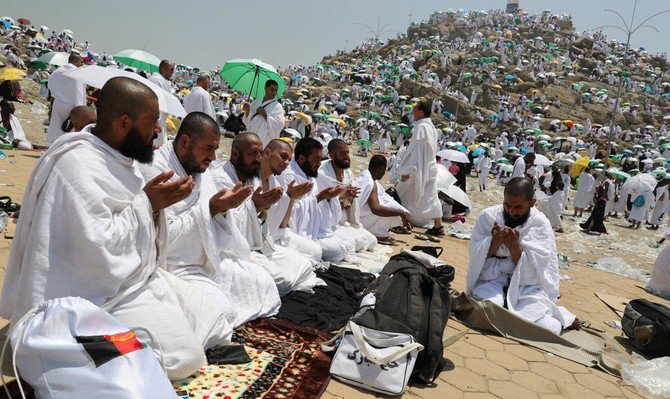 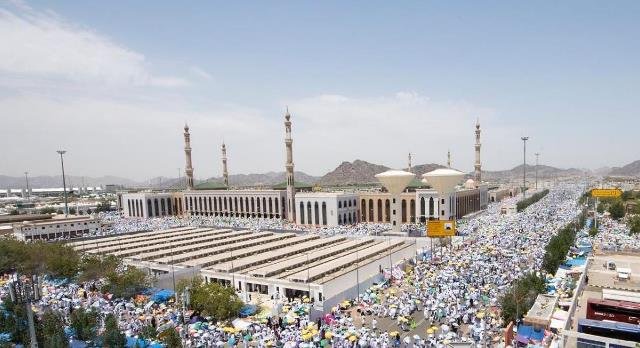 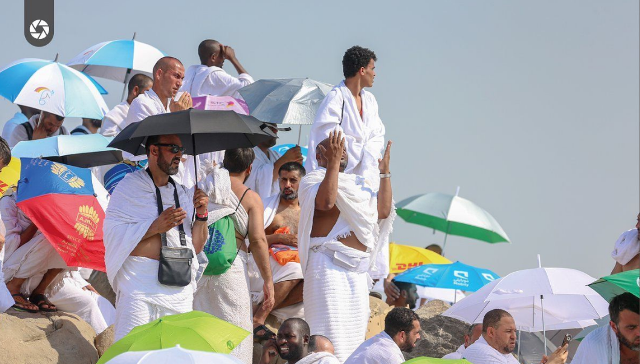 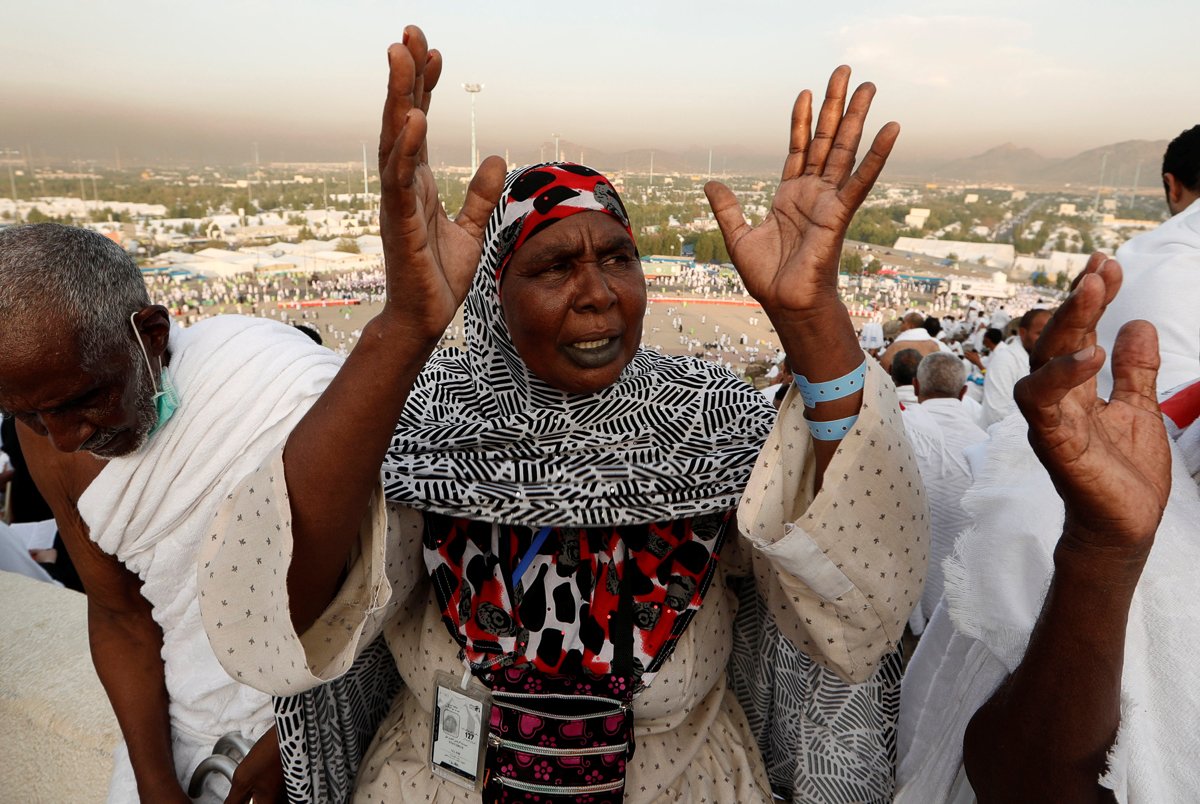 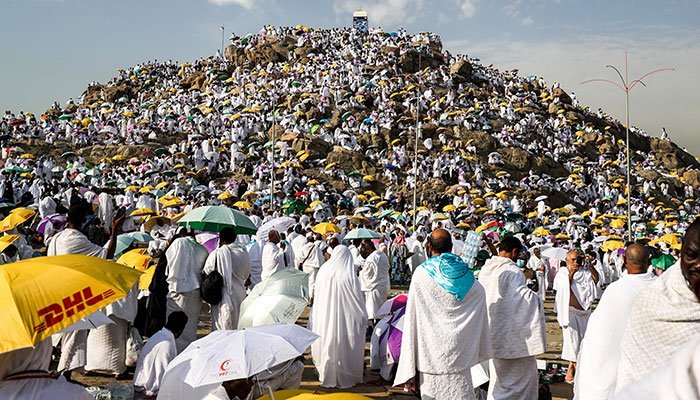 Sheikh Hussein bin Abdelaziz Al Al-Sheikh,  Imam of Prophet’s (PBUH) Masjid Madina,  in his Khutba (sermon) at Mount Arafat on Monday stressed on respectful behaviour and good character as the most important lessons of Islam. Around 2.4 million of pilgrims gathered on Monday on the plains of Mount Arafat to perform the pinnacle of the Hajj pilgrimage. delivered the sermon.

“All prophets of God invited humanity to tauheed, and believing in it will be path of success,” he said. “Give respect and importance to your parents and teachers. Strengthen your relation with the Holy Quran,” he said. Islam forbids us from indulging in sins. It propagates harmony and brotherhood amongst Muslims.”

On Arafat pilgrims spent the day praying and repenting and praying for personal strength in the future.  Arafat includes an open plain and Mount Arafat, which is also called Jabal Al-Rahma (Mountain of Mercy), that is 300 meters wide and 70 meters high. Arafat is surrounded by an arc of mountains and Wadi Arana and is located east of Makkah.

The Hajj is one of the five pillars of Islam, which every Muslim is required to complete at least once in their lifetime if they are healthy enough and have the means to do so.

Among the most important rituals of Hajj is day stay in Arafat, listening of Khutbah (sermon) of Hajj and Dhuhr and Asr prayers are offered together.

Carrying brightly colored umbrellas under the blazing sun, worshippers scaled the rocky hill southeast of the holy city of Makkah.

Arms raised, pilgrims repeated “There is no God but Allah” and “Allahu Akbar” (God is greatest). “The feeling is indescribable,” said Umm Ahmad, 61, who made the journey from Egypt, told AFP.

Traffic authorities, security personnel and staff from various government and private sector organizations, in addition to 4,000 Saudi scouts, have been deployed to assist and guide the pilgrims in several languages.

Some of the pilgrims — men in white seamless garments and women in loose dresses — pushed elderly relatives in wheelchairs on the second day of the Hajj.

Jai Saleem, a 37-year-old Pakistani, said he cried when he and his wife arrived on Mount Arafat, where Muslims believe Prophet Muhammad delivered his final sermon.

“It feels great,” he said. “I have always seen this area, since my childhood, in photographs and on television.”
After sunset prayers, pilgrims made their way down Mount Arafat to Muzdalifah, another holy site where they will spend night under the stars to prepare for the final stage of Hajj, a symbolic “stoning of the devil” ritual.

“We know that it’s a difficult task,” said Amna Khan, a 35-year-old American Muslim pilgrim. “That’s why we are all here. We’re doing this to get closer to Allah, to be absolved.”

A hot wind blew across the hill and the surrounding plain after a downpour late Sunday. Many faithful could be seen sipping from bottles of water throughout the day.

“I knew it would be a little hard to climb Mount Arafat,” said Nigerian pilgrim Saidou Boureima. “So I prepared for this challenge by working out. And God willing, we can see it through.”

Muslims on Tuesday observe the first day of Eid Al-Adha, or Feast of Sacrifice, which marks the end of the Hajj.
They traditionally slaughter sheep for the three-day Eid Al-Adha, a tribute to the Prophet Abraham’s sacrifice of a lamb after God spared Ishmael, his son.

They will consume a part of the meat and give the rest to poor people unable to buy food.

The ritual of changing Ghilaf-e-Kaaba was also held early Monday morning. The new Ghilaf was prepared at a cost of 200,000 Riyal. It comprises 670kg pure silk, 120kg gold and 100kg silver.

Tens of thousands of security personnel have been deployed for the pilgrimage.

This year, Saudi government has launched a “smart Hajj” initiative, with apps to help pilgrims including from travel plans to medical care.