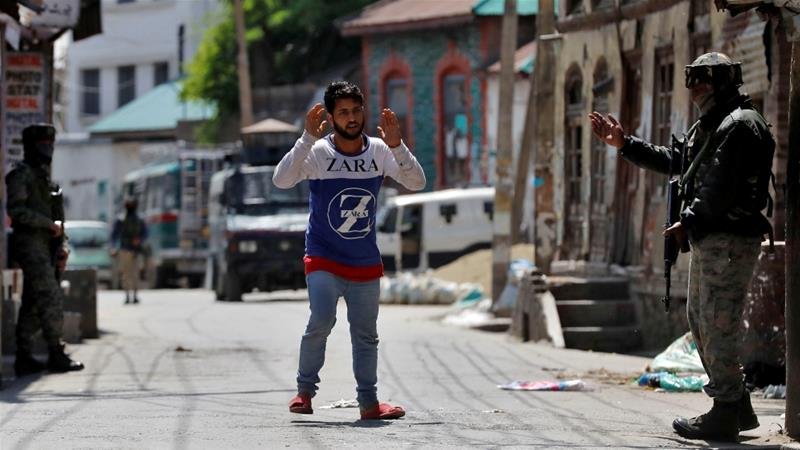 Up to 25,000 people have been granted domicile certificates in Indian-administered Kashmir since May 18, raising fears of the beginning of  demographic changes in the Muslim-majority Himalayan region.

The certificate, a sort of citizenship right, entitles a person to residency and government jobs in the region, which till last year was reserved only for the local population.

Last year on August 5, when India revoked the semi-autonomous status of the region, it also scrapped the local special citizenship law, guaranteed under Article 35 (A) of the Indian constitution. The move has drawn parallel with the occupied West Bank.

On Friday, Democratic presidential hopeful Joe Biden said, “India should take all necessary steps to restore the rights of all the people of Kashmir.”

“Restrictions on dissent, such as peaceful protests or shutting or slowing down the internet weakens democracy,” says a policy paper posted on his website.

“The decision to provide non-Kashmiri residents with a domicile certificate is certainly the beginning of the end. This is the beginning of Kashmir becoming another Palestine,” Badar-Ul-Islam Sheikh, a 29-year-old resident of the main city of Srinagar, told Al Jazeera.

“It is sad. It is horrible. I fear that time will come that we will not even feel safe in our homes,” he said. “We have been silenced.”

According to a census conducted by India in 2011, out of 12.5 million total population, Muslims comprise 68.31 percent and Hindus 28.43 percent in Kashmir.

Article 35 (A) had barred outsiders, including Indian nationals from other states, from settling and claiming government jobs to maintain the demographic balance in the region, which has seen decades of armed rebellion against the Indian rule.

On Friday, a picture of the domicile certificate issued to Navin Kumar Choudhary, a bureaucrat originally from the Indian state of Bihar, went viral on social media.

In April this year, amid the coronavirus lockdown, the government notified domicile laws making an unspecified number of outsiders eligible for residency and jobs.