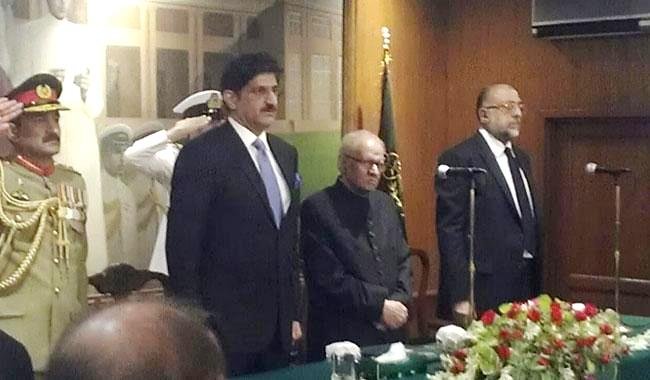 Justice (Retd) Saeed uz Zaman Siddiqui was sworn in as the 31st Governor of Sindh here on Friday at a simple but impressive ceremony held at Governor House.

Governor Sindh Justice(Retd) Saeed uz Zaman Siddiqui thanked Chief Minister Syed Murad Ali Shah and said that close coordination between Governor’s Secretariat and Chief Minister House would be ensured so as to resolve all matters with absolute cohesion, harmony and in consultation with each other.

Justice Siddiqui became the CJP in July 1999, less than three months before Gen Musharraf toppled then Nawaz Sharif-led government on Oct 12, 1999. Gen Musharraf put CJP Siddiqui and other judges from Superior judiciary under house arrest until Irshad Hasan Khan took the oath as the new CJP in January 2000.