John Kerry Issues Statement on US Extension of ISA, Obama Declined To Sign 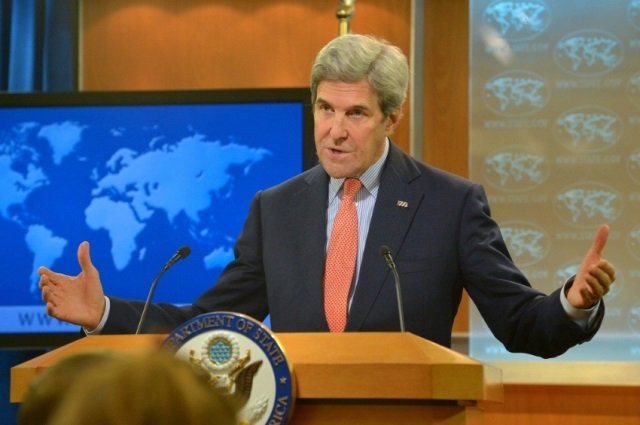 The U.S. Senate has passed 30 days before the expiry of Iran Sanctions Act (ISA) on 1st of December 2016, a 10-year extension of sanctions against Iran on Thursday.

The measure passed by 99-0. It passed the House of Representatives nearly unanimously in November. However, US President Barack Obama, unexpected declined to sign renewal of sanctions against Iran but let it become law anyway, in an apparent bid to alleviate Tehran’s concerns that the U.S. is backsliding on the nuclear deal, as reported by Los Angeles Times, dated 14 Dec. 2016.

Although the White House had said that Obama was expected to sign the 10-year-renewal, the midnight deadline came and went Thursday with no approval from the president. White House press secretary Josh Earnest said Obama had decided to let it become law without his signature.

A statement is issued in this regard from the office of John Kerry, Secretary of State, US on the extension of ISA by the US Congress

‘ Ensuring the continued implementation of the Joint Comprehensive Plan of Action is a top strategic objective for the United States and for our allies and partners around the world. The JCPOA makes our nation, and the entire world, safer by verifiably ensuring Iran cannot develop a nuclear weapon.

This administration has made it clear that an extension of the Iran Sanctions Act is not necessary either to address activity outside the scope of the JCPOA or to snap back sanctions in the event Iran should significantly fail to perform its nuclear commitments. Even if ISA were to have lapsed, we would continue to have all the authorities we need in place to address those issues. At the same time, we have also been clear that the extension of this law is entirely consistent with our commitments in the JCPOA. Extension of the Iran Sanctions Act does not affect in any way the scope of the sanctions relief Iran is receiving under the deal or the ability of companies to do business in Iran consistent with the JCPOA. The Iran Sanctions Act was in place at the time the JCPOA was negotiated and has remained so throughout the deal’s implementation.

The administration continues to have all of the necessary authorities to waive the relevant sanctions, with or without the extension of ISA. I will continue to exercise those authorities, as we committed to do in the JCPOA and have done since Implementation Day almost one year ago. I have communicated to Iranian Foreign Minister Zarif and to our P5+1 counterparts that while the existing waivers are unaffected by the extension of ISA’s sunset and do not need to be renewed at this time, I have done so today to ensure maximum clarity and convey to all stakeholders that the United States will continue to uphold our commitments under the JCPOA.

As I have said before, we are committed to doing our part to ensure that the JCPOA is working for all participants and that the Iranian people feel the appropriate benefits of the deal in order to enhance its long-term viability. As long as Iran adheres to its commitments under the JCPOA, we remain steadfastly committed to maintaining ours as well.’