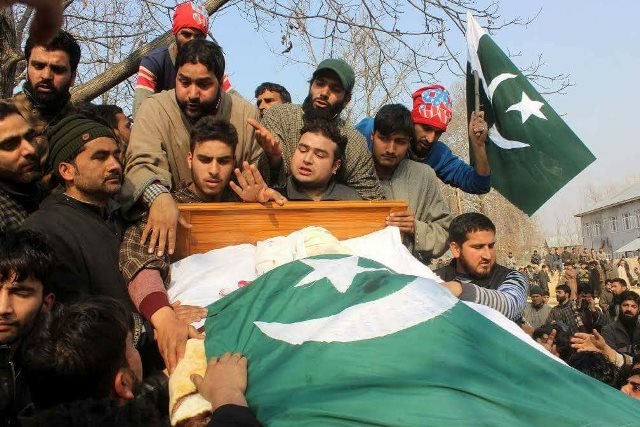 One civilian embraced Shahadat and four school children were injured when Indian troops violating ceasefire
sanctity targeted a school van at the Line of Control (LoC) in Nakial sector on Friday morning.

According to a statement of the Foreign Office, firing by the Indian occupation forces from across the Line of Control in the Nakial sector caused martyrdom of an innocent civilian and injuries to four school children.

Pakistan asked the diplomat to instruct the Indian forces to respect the ceasefire, in letter and spirit, stop targeting the villages and civilians and maintain peace on Kashmir Line f Control.

Kashmiris in Indian Occupied Kashmir has extended their protests ‘Right To Self Determination’ till 31st December 2016. Resistance leaders Syed Ali Geelani, Mirwaiz Umar Farooq and Muhammad Yasin Malik in a joint statement said that the people uprising of the last six months has taken our freedom struggle forward and has opened out the possibilities and the scope of our struggle and we have moved closer to our goal.

Kashmiri leadership said that now it is time to consolidate our gains and build upon them in order to move ahead further. In this regard the leadership feels that a long term sustainable strategy based on pro-active initiatives, programs and sustainable modes of protest with maximum public participation in their creation and implementation and minimum costs for the people, is the way forward.

In present on-going agitation campaign against Indian occupation, over 120 Kashmiris are killed, thousands wounded and score of Kashmiri leaders have been taken in Indian forces custody.

Picture : Over 50,000 people in Funeral Procession of Basit Rasool Dar, a B. Tech student, dead body is wrapped in Pakistani flag. He was killed 2 days before by Indian forces in Marhama area of Islamabad District, Indian Occupied Kashmir.