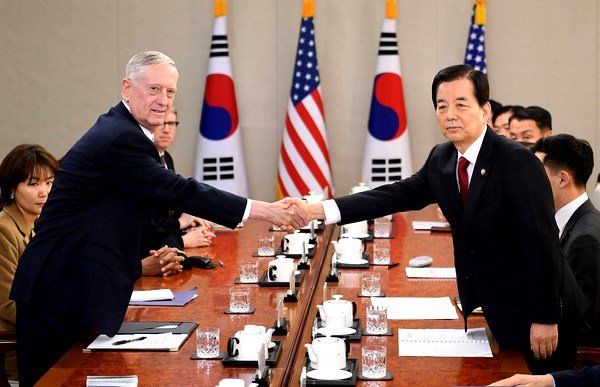 Secretary of Defense of Unites States of America, Jim Mattis spoke by telephone today with Han Min-koo, Minister of Defense of Republic of Korea, Han Min-koo to discuss North Korea’s test launch of an intercontinental ballistic missile on July 4.

Secretary Mattis and Minister Han both strongly condemned North Korea’s missile test, agreeing that this reckless provocation poses a threat to security and stability both in the region and to the broader international community.

Secretary Mattis and Minister Han agreed to continue close consultation and coordination on responses to the North Korean threat.

Doha, 25 June 2022 THE Embassy of Nepal and the Non-Resident ...
END_OF_DOCUMENT_TOKEN_TO_BE_REPLACED