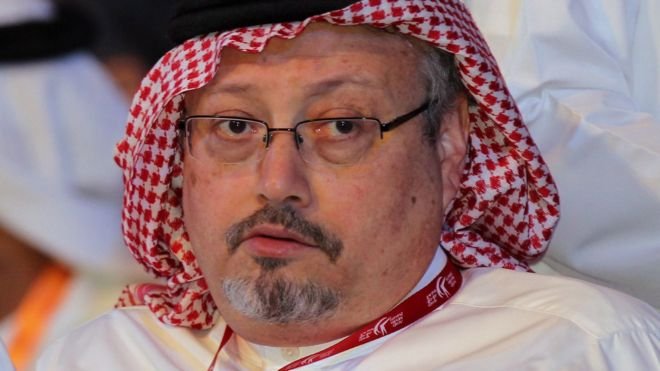 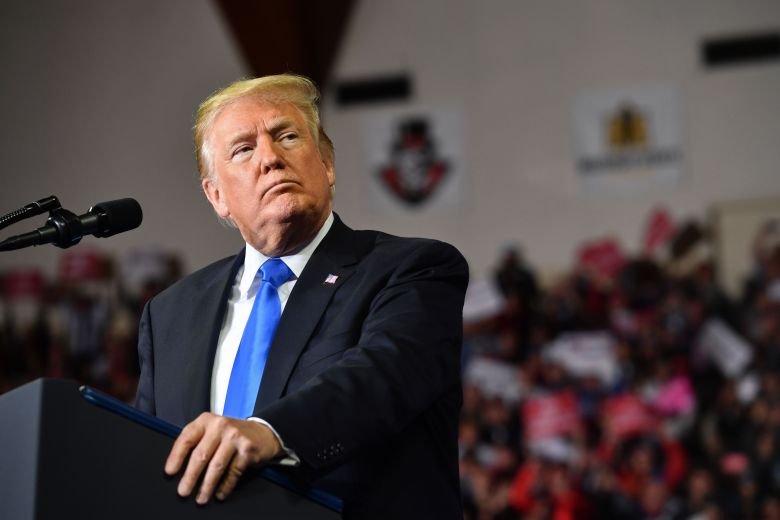 Saudi Arabia will retaliate against any punitive measures with an even “stronger” response, the official news agency reported, in an apparent reaction to                  United States President Donald Trump’s threats to take action over the disappearance of a prominent government critic.

“The kingdom rejects any threats,” the Saudi Press Agency (SPA) reported, citing an official it did not identify.

In an excerpt from an interview with CBS’ 60 Minutes, Mr Trump added pressure on the kingdom, vowing “severe punishment” should the kingdom’s                      leaders be linked to the disappearance of Washington Post columnist Jamal Khashoggi.

Washington Post reported today that Saudi Arabia warned Sunday it will respond to any “threats” against it as its stock market plunged following President          Donald Trump’s warning of “severe punishment” over the disappearance of Washington Post contributor Jamal Khashoggi.

Trump made a point of visiting the kingdom on his first overseas trip as president and has touted arms sales to Saudi Arabia. But both the White House and          the kingdom are under mounting pressure as concern grows over the fate of the veteran journalist, who hasn’t been seen since he entered the Saudi                          Consulate in Istanbul on Oct. 2.

Already, international business leaders are pulling out of the kingdom’s upcoming investment forum, a high-profile event known as “Davos in the Desert.”

“The kingdom affirms its total rejection of any threats and attempts to undermine it, whether by threatening to impose economic sanctions, using political             pressures or repeating false accusations,” the statement published by the state-run Saudi Press Agency read. “The kingdom also affirms that if it receives                  any action, it will respond with greater action, and that the kingdom’s economy has an influential and vital role in the global economy.”

The statement from the world’s top oil exporter came after the Tadawul exchange in Riyadh dropped by 7 percent at one point during the week’s first day of           trading, with 182 of its 186 listed stocks showing losses by the early afternoon. The market clawed back some of the losses, closing down 3.5 percent for the             day.

Turkish officials say they fear Saudi agents killed and dismembered Khashoggi after he entered the consulate, saying they have audio and video recordings of          it that they have not released. The kingdom has called the allegations “baseless,” but has offered no evidence the writer ever left the consulate.

In an interview to be aired Sunday, Trump told CBS’ ”60 Minutes” that the consequences of Saudi Arabia being involved would be “severe.”

However, Trump in the same interview said: “As of this moment, they deny it and they deny it vehemently. Could it be them? Yes.”

Other stock exchanges in the Mideast saw far less volatility Sunday. U.S. markets have been rattled by rising interest rates, signs of a slowdown in the global           economy and the U.S.-China trade dispute.

Saudi Crown Prince Mohammed bin Salman has aggressively pitched the kingdom as a destination for foreign investment. But Khashoggi’s disappearance,            and suspicions he may have been targeted over his criticism of the crown prince, have led several business leaders and media outlets to back out of an                      upcoming high-profile investment conference in Riyadh.

Trump also said “we would be punishing ourselves” by canceling arms sales to Saudi Arabia, which his administration touted on his first overseas trip. The              sale is a “tremendous order for our companies,” and if the kingdom doesn’t buy its weaponry from the United States, they will buy it from others, he said.