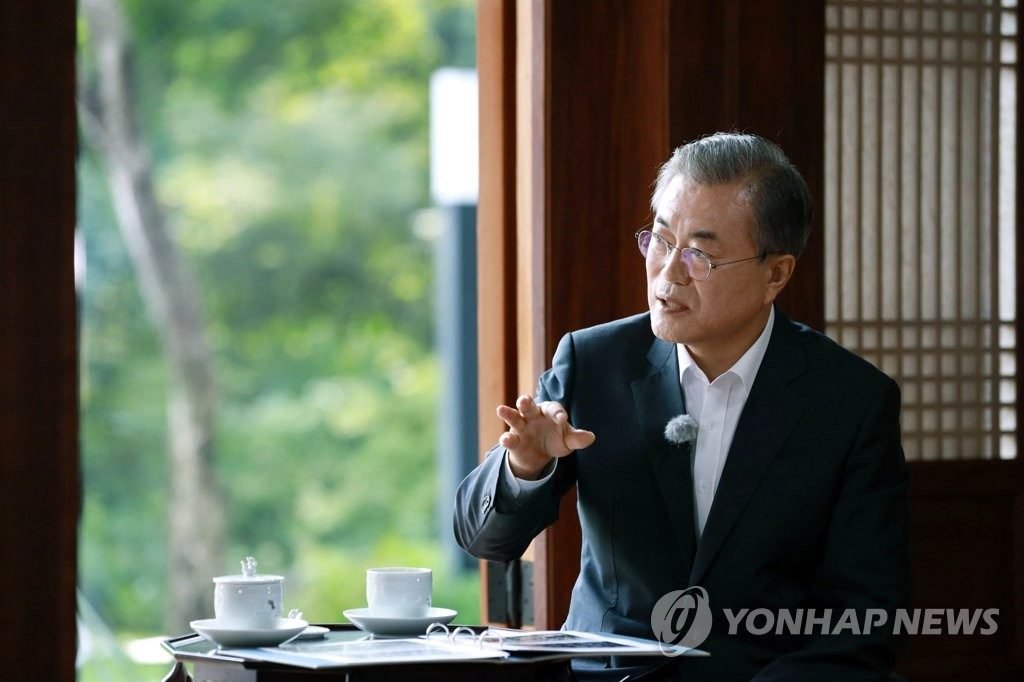 President Moon Jae-in said Friday his administration will keep doing its best to create opportunities for separated families in the two Koreas to be reunited as often as possible.

He was speaking in a special KBS program on the issue of family members residing on the other side of the border following the 1950-53 Korean War. It was aired for Chuseok, one of the most important traditional holidays for Koreans.

The president expressed regret over the “slow progress” in implementing an inter-Korean agreement to hold regular family reunion events.”It’s wrong that governments in both the South and the North have not given them even a chance for such a long time,” he said.

He emphasized that it’s a top-priority “humanitarian task” that needs to be resolved.

The government will do its utmost to ensure the two Koreas hold more family reunion events, either face-to-face or via video link, and members of divided families can visit their hometowns, he added.

In 2004, when Moon was serving as a Cheong Wa Dae secretary, he met an aunt living in North Korea through a family reunion program.

Moon’s parents fled from North Korea in the 1950 Hungnam evacuation and ended up on Geoje Island in South Korea, where Moon was born.