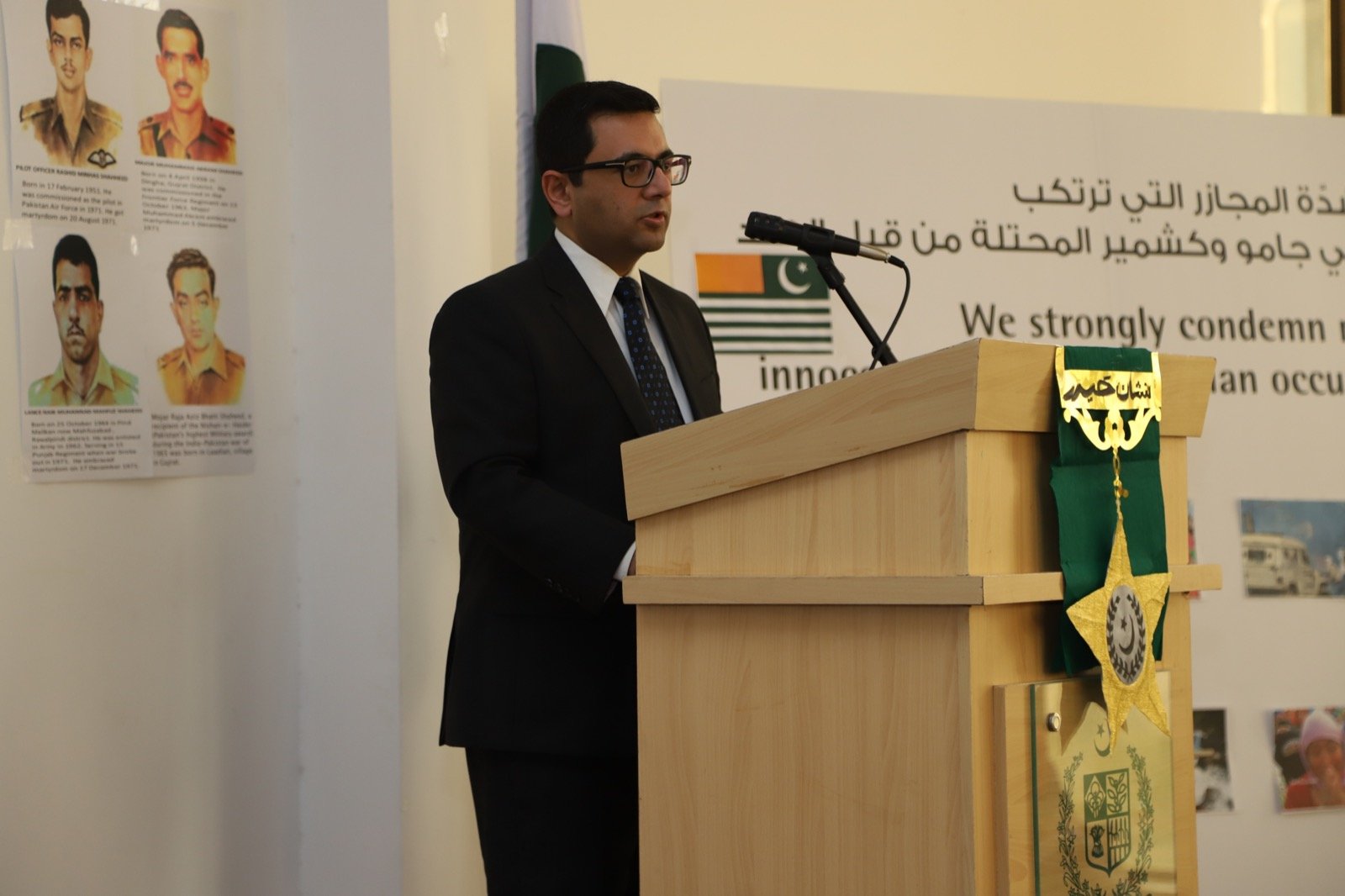 Pakistanis in Qatar condemned Indian atrocities and worst human rights violations on Kashmiris in Indian held Kashmir. Pakistani embassy in Qatar marked Defense day recently. The speakers on the occasion expressed their solidarity with the people of Kashmir and assured their full support to the suppressed Kashmiris.

On the occasion, officials of Pakistan embassy read messages of President and Prime Minister of Pakistan.

Masood Gul, Charge d’ Affaires at the embassy of Islamic Republic of Pakistan said that 6 September is a landmark in the history of Pakistan which reminds us of the sacrifices by our armed forces for defending the beloved homeland.  The people of Pakistan demonstrated unsurpassed national unity and stood by their armed forces to thwart the evil designs of the enemy. He said that It is a matter of great pride that the nation and armed forces have also displayed similar spirit during recent years.

For expressing solidarity with the people of Indian Occupied Jammu and Kashmir, the Charge d’ Affaires highlighted the atrocities committed by Indian Armed Forces in Occupied Jammu & Kashmir. He expressed solidarity of Government and People of Pakistan with Kashmiri brethren.

He highlighted the plight of the Kashmiri brothers victimized by the Indian state-sponsored terrorism. He further added that unilateral step of revoking Article 370 and 35 A of the constitution, the Government of India cannot change the disputed status of Indian Occupied Kashmir, as enshrined in the United Nations Security Council (UNSC) resolutions.

A prominent academician Prof. Dr. Farhan Chak, from Indian Occupied Kashmir addressed the gathering. He thanked Government and people of Pakistan for supporting the freedom struggle by Kashmiris.

The ceremony was attended by representatives of the Pakistani community and Pakistan Armed Forces Personnel based in Qatar.