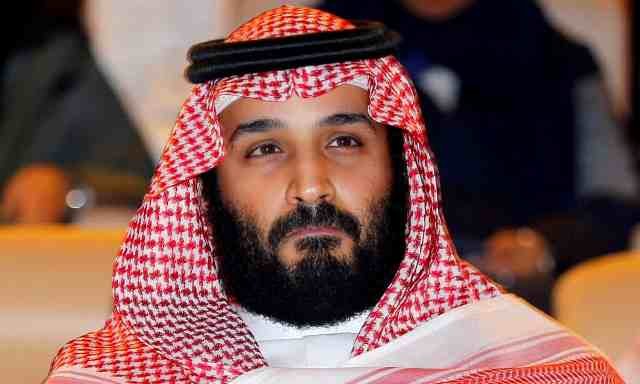 Saudi Arabia’s Crown Prince Mohammed bin Salman, who is leading an austerity drive at home, is the bidder who paid a record $450.3 million for a Leonardo da Vinci portrait of Jesus Christ, settling one of the art world’s biggest mysteries.

The saga of the only Leonardo Da Vinci painting in private hands has taken another twist with reports that US intelligence has identified the Saudi crown prince, Mohammed bin Salman, as the true buyer of the painting, which was sold for $450m at auction.

The claim will raise eyebrows, coming in the midst of a sweeping anti-corruption drive in the kingdom that has seen 159 business leaders including members of the royal family imprisoned in a five-star hotel over allegations of financial malfeasance.

The actual buyer of Salvator Mundi, a painting depicting Jesus Christ, was identified on Thursday as Prince Bader bin Abdullah, a little known Saudi prince who was appointed to a commission led by Bin Salman in July and appears to be an ally of the crown prince.

US intelligence assessments seen by the New York Times and Wall Street Journal have identified Bin Salman, the powerful heir to the Saudi throne, as the true buyer of the painting, with Prince Bader acting as an intermediary.

The Louvre Abu Dhabi this week announced that the painting would be on display in the new museum, in a coup for the institution and its backers, the rulers of the United Arab Emirates, key allies of Bin Salman in a tumultuous time for the Gulf States.

The news further ties the saga of the painting to the intrigues in the kingdom, and may prove embarrassing to the Saudi leader due to the ongoing anti-corruption drive. Earlier this week, Saudi officials said 159 businessmen and princes had been detained at the Ritz-Carlton as part of the campaign, and the bank accounts of 376 people had been frozen.

Such an extravagant purchase, the most expensive in art history, during the crackdown would empower critics of the purge.

Doha, 25 June 2022 THE Embassy of Nepal and the Non-Resident ...
END_OF_DOCUMENT_TOKEN_TO_BE_REPLACED