Malaysia Will Not Compromise With US On Sanctity Of Islam, Najib 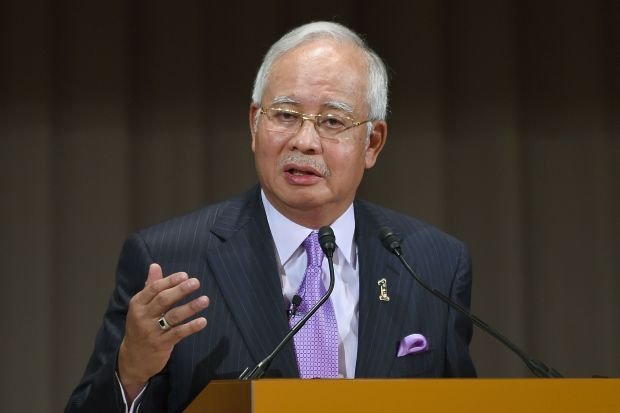 Prime Minister Datuk Seri Najib Tun Razak today said Malaysia would not compromise with the United States of America (US) on matter involving the sanctity of Islam,despite having multi-dimensional diplomatic relations with the super power.

Referring to US President Donald Trump’s announcement to recognise Jerusalem as the capital of Israel, Najib said it contravened the principle of sovereignty as contained in the United Nations Resolution.

“We can collaborate in many aspect, but in this matter (recognising Jerusalem as Israel’s capital), we stand firm that it is absolutely unacceptable.

“Not only Muslims, the Christians are also not happy with the announcement, and so is the western world,” he said at a press conference after winding up the debate at the UMNO general assembly here today.

Earlier, in his speech, Najib said he was prepared to cancel his annual consultation programme with Singapore Prime Minister Lee Hsien Loong so that he could voice out Malaysia’s protest at the special meeting of the Organisation of Islamic Conference (OIC) in Istanbul this Dec 13.

Najib said he could not accept Muslims being suppressed in any situations and would not let Jerusalem, which is the third holy land for the Muslims, to be usurped.

He said Turkish President Recep Tayyip Erdogan had contacted him last Wednesday to ask for his presence at the OIC special meeting to voice out Malaysia’s protest.