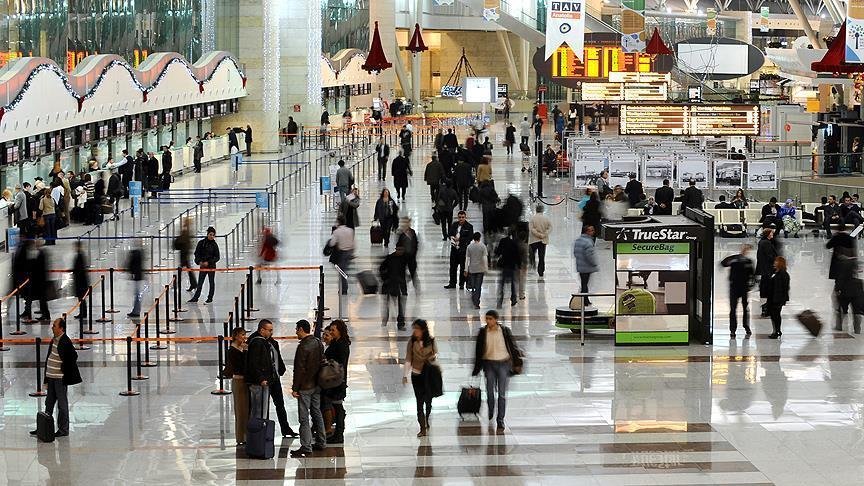 Istanbul Sabiha Gokcen International Airport (ISG) will be one of the designated airports of the D-8 Organization for Economic Cooperation.

A letter of intent was signed between ISG, which is located at the Asian side of the city, and D-8, also known as “Developing-8”, to enhance cooperation among the member countries.

“The letter of intent specifies our desire to cooperate and to found partnership between Sabiha Gokcen International Airport and the D-8,” Shaari said.

“Sabiha Gokcen International Airport will not only be the designated airport of the D-8 but also it will provide Fast Track Lane to the citizens of D-8.”

The deal also aims to “provide a better connection between people to people, between business to business, between tourists and travelers,” he added.

As part of the letter of intent, ISG will also provide lounge services for all travelers from D-8 member states.

“We can show how members states of D-8 to facilitate the needs of the citizens of the D-8 in order to develop economic cooperation, economic development, economic growth, and at the same time, uplifting the standard of living of all citizens of member states,” Shaari noted.

“We look forward to having closer relationships with the D-8 airlines particularly,” he added.

For his part, ISG’s Azmi Murat also expressed his gratitude over the signing a letter of intent with D-8.

Stating that Sabiha Gokcen has been the first designated airport of the D-8 he said: “We look forward to working closely with all the eight member countries.”

“We are very ready to work [with] special facilities of the D-8 member countries,” Murat added.

ISG will also assign spaces on billboards for D-8’s marketing activities and will create air links among the member countries’ airports.

Turkey holds the rotating chairmanship of the D-8 for the next two years, and for the second time in 20 years.

On June 15, 1997, the D-8 was launched after late Turkish Prime Minister Necmettin Erbakan proposed the creation of an economic group consisting of eight emerging economies from the Muslim world.

Alongside Turkey, Indonesia, Bangladesh, Egypt, Iran, Malaysia, Nigeria, and Pakistan founded the organization based in Istanbul.

Today, two of its members — Turkey and Indonesia — are among the group of the world’s 20 biggest economies.