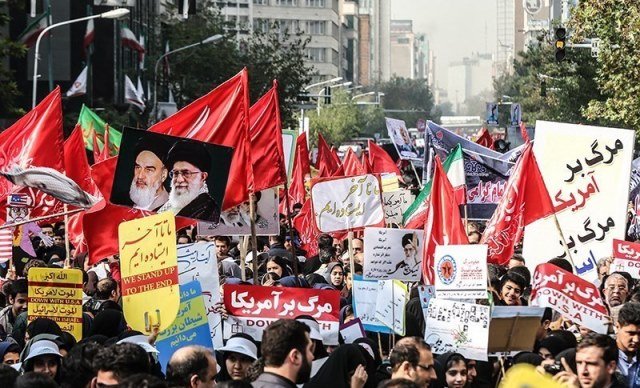 People from all walks of life held rallies across the country on Wednesday to denounce riots and support Islamic Republic.

The demonstrators renewed their allegiance to the Islamic establishment and slammed the recent violent riots in some small areas.

The demonstrators carried national flag and banners in support of the Islamic Republic and chanted ‘death to America’ and ‘death to Israel’.

They also condemned the foreign support for the rioters and lawbreakers.

Iranians in a number of major cities started to protest against the economic situation and shortcomings since December 28, 2017, but the protests turned violent in some parts due to the provocations orchestrated from outside the country.

20 January 2022 By Ashraf Siddiqui More than 7,000 books of different ...
END_OF_DOCUMENT_TOKEN_TO_BE_REPLACED