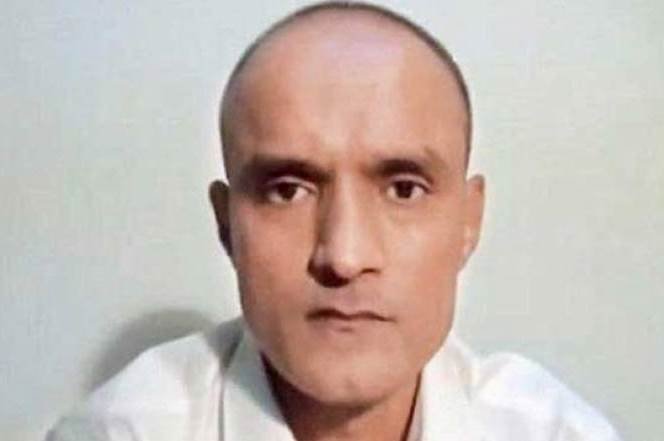 Convicted Indian spy Kulbushan Jadhav has accused his own country of playing foul in a new video released by the foreign ministry on Thursday.

Jadhav rebuked his country saying he felt that his mother and wife were scared during the December 25 meeting as, according to him, an Indian diplomat was shouting at them.

“There was an Indian diplomat with my mother, who was continuously shouting at her. During the meeting, it looked like my mother had been beaten and brought here on a plane,” he said in the video played at the weekly media briefing of the Foreign Office by spokesperson Dr Muhammad Faisal.

The Indian diplomat who accompanied Jadhav’s mother and his wife on the visit was Indian deputy high commissioner to Pakistan JP Singh.

Jadhav said he ‘saw fear’ in his mother’s eyes. He is then heard asking India why it is lying about him. “I want to tell India that I am a commissioned officer in the Indian Navy. Why are you lying about my working for an intelligence agency,” he questioned.

The spy said his mother was ‘very happy’ to see him and was ‘in a good state’. “I said don’t worry mummy. They (Pakistan) are taking care of me, they have not touched me. She believed me once she saw me personally,” he added.

Wife Chetankul Jadhav and mother Avanti Jadhav visited Pakistan on December 25 to meet Jadhav amid unprecedented security. They were asked to wash their faces to remove any makeup. Their jewellery was also temporarily taken off.

India objected to the seizure of Chetankul Jadhav’s shoes. Indian Minister of External Affairs Sushma Swaraj questioned why the shoes of Jadhav’s wife were not returned after the meeting.

Islamabad responded that there was ‘something’ in her shoes which raised suspicions. The shoes were confiscated due to security reasons. The foreign office said all the belongings of the family were returned after the meeting except the shoes. Senior officials at the foreign ministry said the details of the forensic examination report will be shared with India. Foreign Minister Khawaja Muhammad Asif had said a ‘metal chip’ was found in the shoes.

Jadhav was sentenced to death by a military court on April 10, 2017, for carrying out espionage and sabotage activities in Balochistan and Karachi. The conviction aggravated Pak-India tension and New Delhi approached the International Court of Justice to hear the case. The ICJ stayed Jadhav’s execution until a verdict on the case.

India submitted its memorial to the ICJ on September 13 while Pakistan replied on December 13 last year – dismissing India’s stance. Pakistan argued that Jadhav was not an ordinary prisoner as he had entered the country with the intent of spying and carrying out sabotage activities.

Pakistan said Jadhav, who was a “serving officer of the Indian Navy,” does not fall under the purview of the Vienna Convention.

Jadhav alias Hussein Mubarak Patel was arrested on March 3, 2016, in a ‘counter-intelligence operation’ from Mashkel area of Balochistan. He has filed a mercy petition to Army Chief Qamar Javed Bajwa to spare his life on ‘compassionate grounds’. He can still file another appeal to President Mamnoon Hussain if the army chief rejects his plea.

To a question that Pakistan arranged Jadhav’s meeting with his family while India does not allow who have been denied meeting with their kin, he said the issue was under discussion in the Pak-India dialogue.

“There was hope that this could be resolved. Unfortunately, India unilaterally suspended the dialogue in 2013. This issue would be discussed again whenever the dialogue resumes,” he added.

Monitoring Desk adds: India’s Ministry of External Affairs dismissed the video as a “propagandistic” exercise, adding: “Pakistan is simply continuing its practice of putting out coerced statements on video.”

“This does not come as a surprise. Pakistan is simply continuing its practice of putting out coerced statements on video. It is time for them to realise that such propagandistic exercises simply carry no credibility,” ministry spokesperson Raveesh Kumar said, reported PTI.

Kumar said, “The absurdity of a captive under duress certifying his own welfare while mouthing allegations of his captors clearly merits no comment.”

He also said that Pakistan is best advised to fulfil its international obligations, whether it pertains to consular relations or UNSC resolutions 1267 and 1373 on terrorism, and to desist from continuing violations of human rights of an Indian national.

Doha, 25 June 2022 THE Embassy of Nepal and the Non-Resident ...
END_OF_DOCUMENT_TOKEN_TO_BE_REPLACED