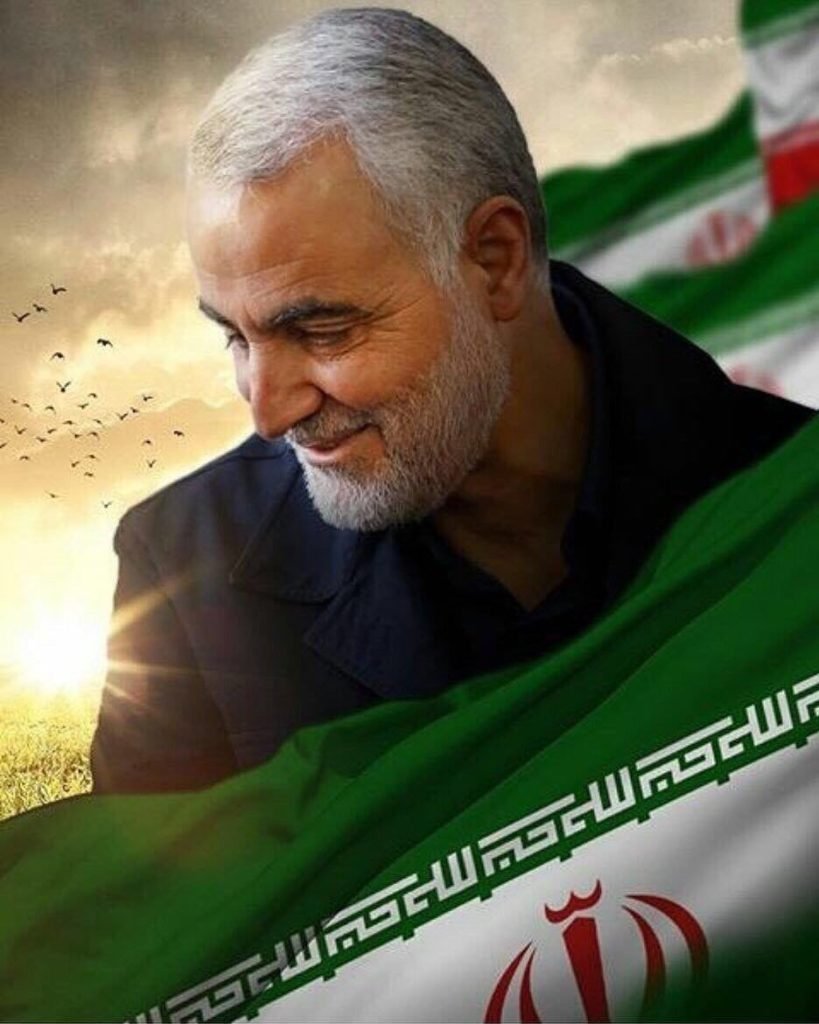 “Order coffins for your soldiers,” wrote an Iranian Twitter user underneath U.S. President Donald Trump’s tweet in the wee hours of Friday as news about the killing of Iran’s top military commander sent shockwaves across the region.

The U.S. said it killed Soleimani because he “was actively developing plans to attack American diplomats and service members in Iraq and throughout the region”.

The news drew angry reactions from all political factions in Iran. Statements of condemnation have been pouring in since early Friday morning and mourning ceremonies are underway in different parts of the country.

Iran’s Foreign Minister Javad Zarif termed the attack on “the most effective force fighting ISIS, Al Nusrah, Al Qaeda” a “foolish escalation” and warned that the U.S. “bears responsibility for all consequences of its rogue adventurism”.

President Hassan Rouhani’s advisor Hesamedin Ashena warned that whoever crosses Iran’s “red lines” must be “prepared to face the consequences” hinting at a possible counter-strike from Iran.

Over the last few days, since the deadly U.S. attack on an Iran-backed militia group in Iraq and Syria, tensions have been building up between the two adversaries. Soleimani, according to sources, had arrived in Baghdad late on Thursday from Syria, to access the prevailing situation.

The high-profile military figure in the region, who was reviled in the West, had escaped many assassination bids in the past. This time, however, he was not so lucky. A strike killed him moments after he had landed in Baghdad and was greeted by his long-time friend Muhandis.

Just a few days ago, the U.S. attacks on Iran-backed Kataib Hezbollah militia group in western Iraq and eastern Syria, which killed at least 25 fighters, had put Iran and the U.S. on a collision course.

The devastating strikes against the group that was accused of carrying out extrajudicial killings in Iraq before taking part in anti-Daesh/ISIS in the country, was the first major attack by the U.S. on an Iran-linked group since the withdrawal of U.S. troops in 2001.

Following the attack, the U.S. embassy in Baghdad was attacked by a large crowd of angry protesters on Tuesday, leading to a two-day standoff between U.S. soldiers and protesters.

On Wednesday, U.S. President Donald Trump took to Twitter to threaten Iran saying that it “will pay a very big price” for any loss of life or damage to the U.S. facilities.

Barely 24 hours after protesters withdrew from the U.S. Embassy in Baghdad, a drone strike targeted a vehicle carrying Soleimani.

Iraq’s premier Adel Abd al-Mahdi, who called for an emergency session of the parliament, termed the attack “an aggression against Iraq, people and state”. “The assassination is a clear violation of the conditions of the presence of U.S. forces in Iraq,” he said in a statement.

Iraq’s influential cleric Sayid Moqtada al-Sadr issued a statement offering condolences to Iran and ordered the Mahdi Army to be “fully ready to protect Iraq”. A few days ago, he was quoted saying that he would launch a campaign to oust U.S. forces from Iraq.

Expecting possible retaliation, the U.S. government has issued an advisory to its citizens to leave Iraq “immediately” and suspended all consular operations in Baghdad.

“This [killing of Soleimani and Muhandis] took the recent U.S.-Iran conflict to another level, putting Iraq in the heart of the fight,” Abbas Kadhim, a senior fellow at Atlantic Council, tweeted.

Will Iran strike back?

Iran’s Supreme National Security Council will be holding an emergency meeting to discuss the matter. Sources said the voices of moderation who had been calling for restraint would be forced to eat the humble pie now.

“US has re-written rules of engagement and exposed every American boot on the ground in Middle East to possible retaliatory attacks,” said Ellie Geranmayeh, Senior Fellow at the European Council of Foreign Relations.

Syed Mohammad Marandi, senior commentator who was part of the team that negotiated the nuclear deal between Iran and the West, says there will be a “huge price to pay” for this “act of war” against the two high-ranking officials of Iran and Iraq.

“I don’t think the American presence in Iraq is any more sustainable. They will be severely weakened by this act and they gave Iran the justification to punish the U.S. and its allies. If I was a U.S. citizen I would try to leave the region as soon as possible,” he said.