China’s Richest Man Warns Trump: US Jobs Are At Stake 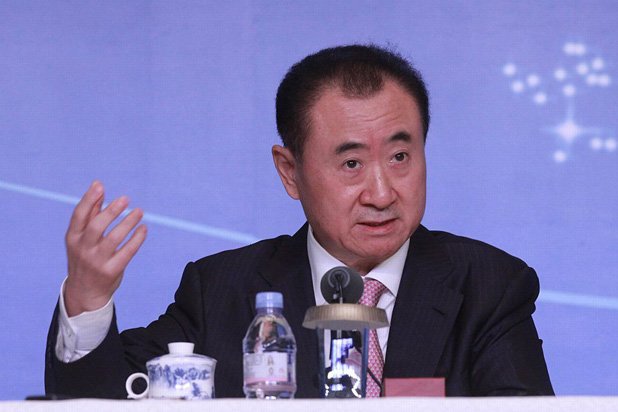 Wang says Wanda’s 20,000 employees will have “nothing to eat”

Wary of a U.S. backlash against his business empire, billionaire mogul Wang Jianlin has warned President-elect Donald Trump to tread carefully in setting policies on Chinese investment — or face the loss of American jobs.
Speaking at an event in Beijing Saturday, Wang, chairman of the media and real estate powerhouse Dalian Wanda Group, warned that Wanda’s “more than 20,000 employees [in the U.S.] wouldn’t have anything to eat should things be handled poorly.” He added that he had asked Motion Picture Association of America Chairman Chris Dodd to convey his warnings to the president-elect.

Wanda purchased the U.S. movie theater company AMC Entertainment Holdings for $2.6 billion in 2012. In Wang’s words, he has “$10 billion of investments in the United States,” such as in Hollywood’s Legendary Entertainment.
Some members of the U.S. Congress worry that the movie distribution channel could be used to promote Chinese interests. They also cite what they see as Beijing’s unfair policy of blocking overseas purchases of Chinese businesses while leaving domestic investors free to buy foreign enterprises. Calls have arisen for more scrutiny over Wanda’s past deals.

Wang said that he will “wait and see Mr. Trump’s attitude towards Chinese cultural enterprises after he takes office.”

Wang said it must be understood that foreign movies depend on the Chinese movie market, the world’s second largest. Should America move to block Wanda’s purchases, he seemed to hint, it could retaliate by not showing Hollywood movies at the largest theater chain in China.

At the event, Wang also took questions about the succession of his empire. The tycoon responded that while he was still thinking it over, “it may be better to hand [leadership] over to the [company’s] professional managers.” Previously, he had suggested that his son Wang Sicong would inherit the business, but the younger Wang has signaled that he is not interested in taking up the mantle.

Besides the possibility of bringing in a professional manager, Wang also mulled promoting a successor from within the company. He may, he said, let top brass battle it out. “Deliberate cultivation would not necessarily be good. Competition bringing someone forward is better,” Wang said.