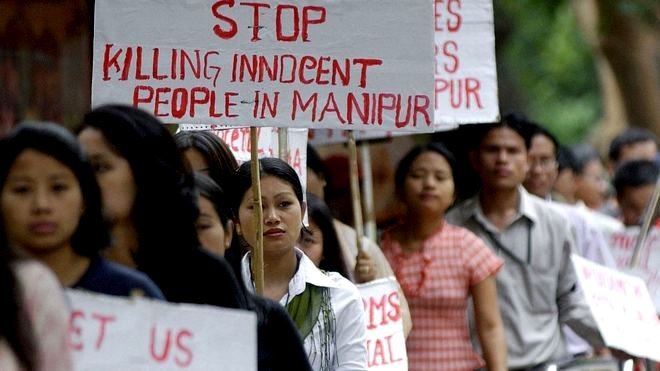 Human rights groups have welcomed Indian Supreme Court’s decision ordering a probe into allegations of extrajudicial killings by security forces in the North-Eastern State of Manipur.

The court made the call on Friday after hearing a public interest litigation seeking a probe and compensation for 1,528 alleged extrajudicial killings in Manipur from 2000 to 2012 by the army, paramilitary and police forces.

“It sends a strong message that accountability will finally take place,” Suhas Chakma, the director of the Asian Centre for Human Rights, told Al Jazeera on Saturday.

“The indivduals who committed these crimes and those who made it possible should be prosecuted. These crimes should never have taken place. The government and security forces should now fully cooperated with investigators,” Chakma said.

Indian forces deny the allegations by human rights groups and blame the deaths on rebel groups that have been fighting in the tiny state, bordering Myanmar.

Rights groups have accused Indian security forces of misusing an emergency law which has led to rights abuses in rebel-hit areas like Manipur and India-administered Kashmir.

They allege the Armed Forces Special Powers Act (AFSPA) gives sweeping powers to security forces to search, arrest and shoot-to-kill in an effort to tackle armed groups in troubled areas.

“Fighting militant groups requires governments to make difficult decisions, but they cannot come at the cost of the rights to life and liberty,” Meenakshi Ganguly, Human Rights Watch’s South Asia Director, said in a statement on Friday.

“To restore public confidence and prevent such abuses in the future, the Indian government should promptly repeal AFSPA,” Ganguly said.

Meanwhile, some security officers have admitted to carrying out extrajudicial killings are calling on the government to admit their role.

“In order to stop fake encounters… I have come out confessing that I am the killer in this case,” Thounaojam Herojit Singh, Head Constable at Manipur police, told Al Jazeera.

“After realising that this was wrong… I have come out to stop the fake encounters. The so called higher authority should stop giving rampant orders,” Singh said.