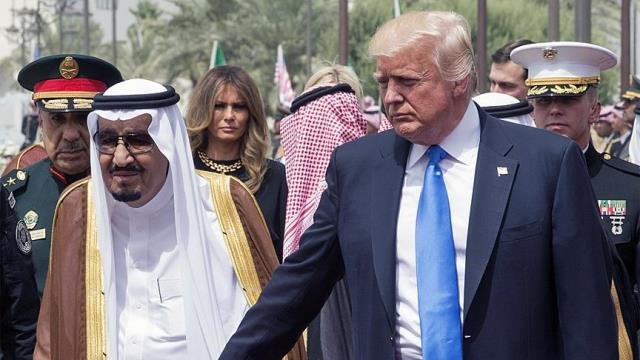 President Donald Trump spoke Friday by telephone with Saudi Arabia’s King Salman about efforts to end the row with Qatar, according to the White House.

Trump, who previously called Qatar a supporter of terrorism “at a very high level”, stressed to Salman “the need to cut all funding for terrorism and discredit extremist ideology”.

Secretary of State Rex Tillerson recently concluded a foreign visit to the region in which he sought to smooth over tensions that have persisted since Riyadh led a coalition of countries in a diplomatic push to isolate Qatar.

Since June 5, Doha has been under a land, sea and air blockade imposed by Saudi Arabia, the United Arab Emirates, Egypt, Bahrain and Yemen, who accuse Qatar of supporting terrorism.