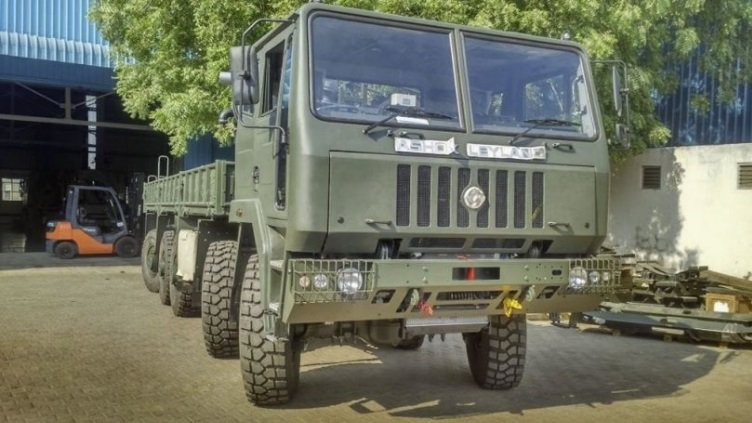 A company official told Jane’s on 30 July that the Chennai-based firm signed a INR1 billion (USD14.6 million) contract with the IA for 81 10×10 high-mobility vehicles, adding that deliveries are set to start “imminently” and be completed by the end of March 2019.

Ashok Leyland’s 10×10 high-mobility vehicle was selected over models fielded by rivals Tata Motors and Bharat Earth Movers Limited (BEML), following extended trials that were completed in late 2017 in response to a tender issued by the IA in 2015.

The shortlisted vehicle, which is fitted with a hydraulic crane to reload the system, will supplement and eventually replace the 9A52-2 launch vehicles based on the MAZ-543M 8×8 truck chassis.

The IA operates several launcher variants for the Smerch system, including around 62 9K58 Smerch batteries, each of which has six launch vehicles. Since 2012 India’s state-owned Ordnance Factory Board has produced several rocket variants for the system that have a strike range of 70 or 90 km.