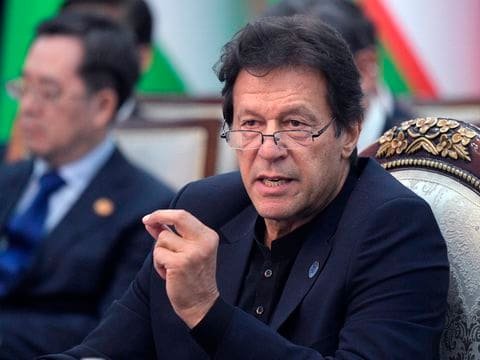 When Pakistani Prime Minister Imran Khan arrives at the White House on Monday for his meeting with President Trump, the leaders are expected to discuss counter-terrorism, defense, energy and trade. But many in Pakistan’s capital hope the visit accomplishes something more: a reset in Islamabad-Washington ties.

Khan’s first visit to Washington as Pakistani premier comes amid a chill in the allies’ relationship. The two first-term leaders have sparred over social media, and Trump last year suspended $ 300 million  in aid to Pakistan over what the U.S. government said was Pakistan’s failure to crack down on militancy within its borders.

In what was seen as a move motivated by Khan’s visit, police in Pakistan on Wednesday arrested Hafiz Saeed,  a U.S.-designated terrorist who has lived openly in the country on and off for years. Trump praised the arrest on Twitter.

The White House visit “offers the leadership of both countries new opportunities towards resetting the bilateral relationship,” Shah Mahmood Qureshi, Pakistan’s foreign minister, said in a speech in Islamabad on Tuesday.

The United States and Pakistan have been allies in the war on terrorism since 2001, when the United States launched military operations in Afghanistan to root out al-Qaeda militants and overthrow the Taliban after the 9/11 attacks.

Last year, after announcing the aid cuts to Pakistan, Trump took to Twitter to accuse Pakistan of being “just one of many countries that take from the United States without giving anything in return.”

Khan hit back that the Trump administration was “making Pakistan a scapegoat for their failures” and emphasized the human and economic sacrifices  that his country has made in supporting the U.S.-led war on terrorism. He said his country had suffered 75,000 casualties and lost more than $120 billion.

In Pakistan, the U.S. invitation is viewed as an opportunity to repair relations.

“The U.S.-Pakistan engagement has long needed a shake-up,” wrote Moeed Yusuf, a Washington analyst, in Dawn, a leading Pakistani daily. “Khan and Trump, both of whom pride themselves for going after the seemingly impossible, are the right people to provide it.”

Others are less optimistic.

“The U.S. presidential invitation is meant to acknowledge Pakistan’s role vis-a-vis the Afghan peace process and to say thanks,” said Muhammad Amir Rana, an Islamabad-based analyst. It is likely that multiple issues will be discussed, he said. But “I don’t see something very big coming out of this trip,” he added.

Some also view it as an acknowledgment of Pakistan’s positive role in the peace talks in neighboring Afghanistan.

The Trump administration sought Pakistani assistance last year to bring Taliban leaders to the negotiating table. Seven rounds of peace talks have been completed, and there are signs of progress.