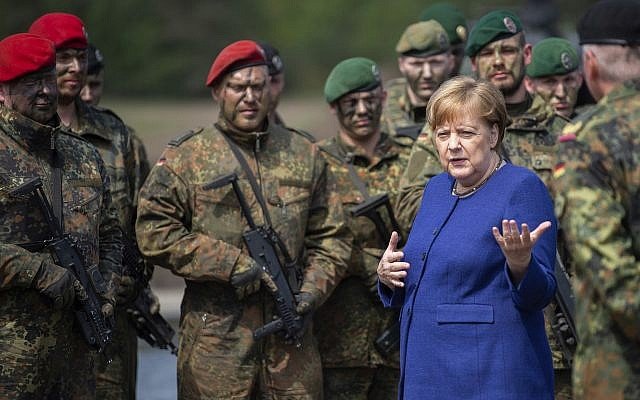 The German government has rejected an appeal by the U.S. government to deploy ground forces in Syria to fight the Islamic State (IS) terror organization, government spokesperson Steffen Seibert said here on Monday.

On Friday, James Jeffrey, U.S. special representative for Syria engagement and special envoy for the global anti-IS coalition, appealed to the German government to support the troops led by the U.S. in northeastern Syria with the German Army’s trainers, logistics experts and technical assistants.

“We want ground troops from Germany to partly replace our soldiers,” Jeffrey told the German press agency (dpa) and the Welt am Sonntag newspaper.

Seibert stressed that the German government would continue its current military contributions in Iraq to the anti-IS coalition.

As part of the international coalition against the IS, Germany’s tasks have included aerial reconnaissance, support via tanker aircraft and the training of Iraqi armed forces since the beginning of 2015.

“When I say that the German government intends to continue its previous measures within the framework of the anti-IS coalition, then, as you know, this does not include ground troops,” Seibert said.

The deployment of German ground troops in Syria has already been ruled out by Chancellor Angela Merkel’s coalition partner Social Democrats (SPD), as well as by the Green Party (Gruenen), the Left Party (Die Linke) and the liberal Free Democratic Party (FDP).

Doha, 24 Sept. 2022 (QE) QatarEnergy announced that it has selected ...
END_OF_DOCUMENT_TOKEN_TO_BE_REPLACED