Amnesty and IFJ Calls For An End to Saudi led Blocking 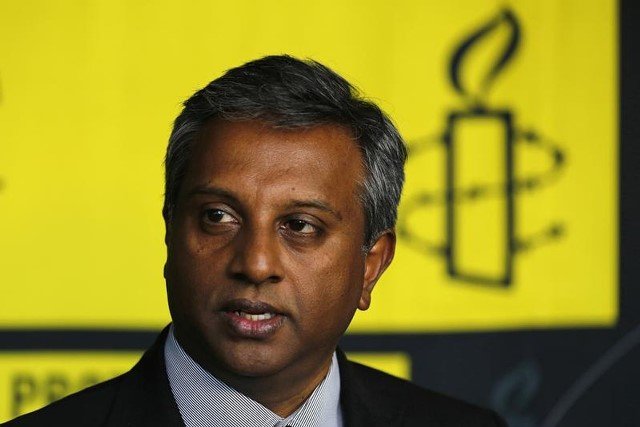 Amnesty International once again said that recent humanitarian measures by Saudi Arabia, the UAE, and Bahrain are vague and insufficient and do not address the human rights situation. This came during a meeting between His Dr. Ali Bin Samikh Al Marri, Chairman of the National Human Rights Committee of the State of Qatar and Salil Shetty, Secretary General of Amnesty International at the organization’s headquarters in London. The meeting discussed the repercussions of the siege imposed on the State of Qatar, the serious violations of international human rights law and the violation of the basic rights of Gulf and Qatari citizens.

Shetty condemned the violations, stressing that Amnesty International would continue to work with all concerned parties to reach a resolution.

The Secretary-General stressed that recent measures taken by the states enforcing the siege to address its repercussions on ordinary families were inadequate, vague, and lacking in mechanisms. He said the rights of these families must be restored in full to all those affected, not only those chosen as exceptions, and that these are basic human rights that cannot be fragmented.

The meeting between Amnesty and NHRC followed Amnesty’s earlier visit to Doha to examine complaints received by the NHRC. The number of Qatari and Gulf citizens affected has now reached more than 700 cases.

During his visit to London, Dr. Ali Bin Samikh Al Marri held several meetings with relevant organizations, human rights figures and international lawyers. He met with officials from the International Federation of Journalists and discussed the effects of the siege on freedom of opinion and expression and the rights of journalists. The meeting dealt with the severe penalties faced by Gulf citizens in the boycotting countries should they express sympathy for the State of Qatar, as well as a crackdown in those countries on journalists and online activists who criticize the blockade.

The IFJ expressed its deep condemnation of this harassment which restricted the right to freedom of opinion and expression, and stressed the need to intervene quickly to stop the arbitrary measures that have resulted in the blocking of satellite channels, and the closing the offices of Aljazeera – a clear violation of freedom of opinion and expression and the right to information. The meeting also discussed the ‘terrorism list’ produced by the same countries, which includes a number of individuals and institutions

Dr. Al Marri asked all media organisations and press freedom NGOs to take urgent action to defend the rights of journalists and protect freedom of opinion and expression. He stressed the need to intensify efforts to expose the human rights violations resulting from the siege of Qatar.