Iraq: Qatari ‘Ransom’ Money With Us, Not Armed Groups 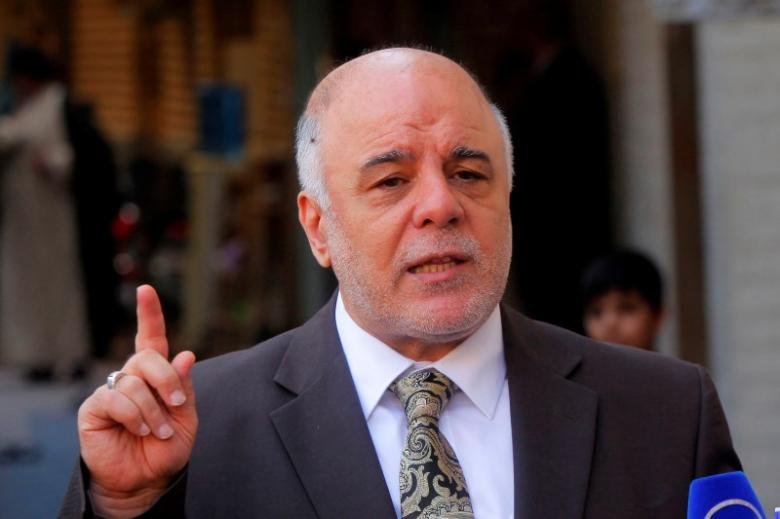 Iraq’s prime minister has rejected Saudi and UAE media claims that a $500m ransom was paid by Qatar to Shia Muslim armed groups in Iraq to secure the release of 26 kidnapped Qatari hunters, saying that the money was received by the Iraqi government and that the sum was still in the Iraqi central bank.

“Yes we received [ransom] money and we got hold of the funds and right now we still have it deposited in the Iraqi central bank,” Iraqi Prime Minister Haider al-Abadi said on Sunday in an address to the Popular Mobilisation Forces, an umbrella group of mainly Shia Muslim armed groups that have some state-backing.

“It was never cashed out. I heard in various media outlets that the money was dispersed to one group or another but let me make it clear. This [ransom] money is still kept in our central bank,” Abadi added in his remarks, which were broadcast on Iraqi state TV.

The revelation comes on the seventh day of a blockade imposed by Saudi Arabia, Bahrain, and the United Arab Emirates on Qatar, and after more countries, including Egypt, cut diplomatic ties with Doha for allegedly supporting “terrorism” – with the alleged ransom considered a “last straw”.

The Qatari government has repeatedly denied all allegations by its fellow GCC (Gulf Cooperation Council) nations, including the accusation that the money it paid to free the kidnapped Qataris in Iraq went directly to armed groups.

In April, the Iraqi government took what has been estimated to be $500m in ransom payments brought into the country by a Qatari delegation.

At the time, leaked comments attributed to al-Abadi suggested that the Iraqi government did not know about the intended payment, and that the seizure of the money by Iraqi authorities had not been what Qatar intended.

“In the last 15 months, while [the Qatari hunters] were kidnaped, the Qatari authorities were always in touch with the Iraqi government and there were no positive developments except in the last few weeks – right before they were released,” the Qatari foreign minister said at the time.

“The Qatari government was coordinating every single detail with its Iraqi counterpart. We received numerous requests from the Iraqi government for funds during their mission to secure the release of the hostages,” Al Thani added.

In spite of this disagreement over the intended recipient of the ransom money, the fact that the Iraqi government has held the money since April remained undisputed by both parties.

But a campaign by Saudi and UAE media to connect Qatar to “terrorism” in the wake of the GCC crisis has continued to repeat the claim that the ransom money in Iraq went directly to armed groups with ties to both al-Qaeda and Iran.

The Qatari hunters were abducted on December 16, 2015, and held for almost one year and a half.

It remains unclear who abducted them.